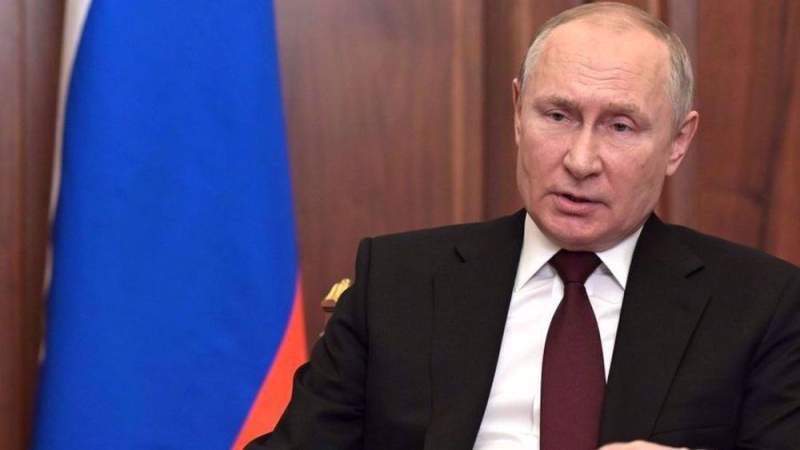 News - World: Russian President Vladimir Putin has slammed NATO's decision to approve the applications of Sweden and Finland, saying his country would respond in kind if the US-led military alliance deployed troops and infrastructure in the two Nordic countries after they join the 30-member bloc.

Putin made the remark on Wednesday, after NATO formally invited Sweden and Finland to join the military alliance following Turkey's decision to drop its objections to their accession.

"With Sweden and Finland, we don't have the problems that we have with Ukraine. They want to join NATO, go ahead," Putin said after talks with regional leaders in the Central Asian ex-Soviet state of Turkmenistan.

"But they must understand there was no threat before, while now, if military contingents and infrastructure are deployed there, we will have to respond in kind and create the same threats for the territories from which threats towards us are created," he added.

Putin said he could not rule out tensions in Moscow's relations with Helsinki and Stockholm over their NATO membership. "Everything was fine between us, but now there might be some tensions, there certainly will," he said. "It's inevitable if there is a threat to us."

NATO approved the applications of Sweden and Finland in a collective decision on Wednesday, triggering strong reaction from Russia, which called it "a purely destabilizing factor." The decision will now be referred to the parliaments and legislatures of the NATO member states for final ratification.

Citing security concerns, Finland and Sweden applied to join NATO after Russia launched a military offensive against its neighbor Ukraine in late February.

Moscow has repeatedly warned against the alliance's further expansion toward its borders.

Elsewhere in his remarks, Putin said the objective of the Russian offensive in Ukraine remained unchanged and was to "liberate" eastern Ukraine's Donbass region — where there is an ethnic Russian population — and create conditions to ensure Russia's security.

He said Russian troops had advanced in Ukraine and that the military offensive was going as planned. There was no need, he said, to set a deadline for an end to the campaign.

Russia steps up attacks in Ukraine after NATO summit

Meanwhile, Ukraine says Russia has stepped up its attacks in eastern Ukraine, including missile strikes and shelling on the southern Mykolaiv region close to front lines and the Black Sea, as it is pressing ahead to capture the entire region.

The mayor of Mykolaiv City said a Russian missile had killed at least five people in a residential building, while Moscow said its forces had hit a training base for foreign mercenaries in the region.

There was relentless fighting around the strategic city of Lysychansk, which Russian forces are trying to encircle as they try to capture the industrialized Donbass region, made up of the Lugansk and Donetsk provinces.

Ukrainian authorities said they were trying to evacuate residents from Lysychansk, where about 15,000 people remained under relentless shelling.

Lugansk regional governor Serhiy Gaidai said, "Fighting is going on all the time. The Russians are constantly on the offensive. There is no let-up."

"Absolutely everything is being shelled," he added.

In a video posted online, presidential adviser Oleskiy Arestovych also said Ukrainian forces were fighting back with artillery strikes of their own in the southern Kherson region.

The latest developments came after NATO leaders met in the Spanish capital, Madrid, during which the military alliance branded Moscow a "direct threat" to Western security and agreed plans to modernize Kiev's military.

"President Putin's war against Ukraine has shattered peace in Europe and has created the biggest security crisis in Europe since the Second World War," NATO Secretary-General Jens Stoltenberg told a news conference. "NATO has responded with strength and unity," he said.

At the summit, Ukraine's President Volodymyr Zelensky asked NATO leaders for modern weapons and funds to fight against the Russian offensive, warning the fighting could spill beyond its borders and into their countries.

The United States and Ukraine's other Western allies have been giving Ukraine millions of dollars in modern weaponry since February, when Russia began its offensive.