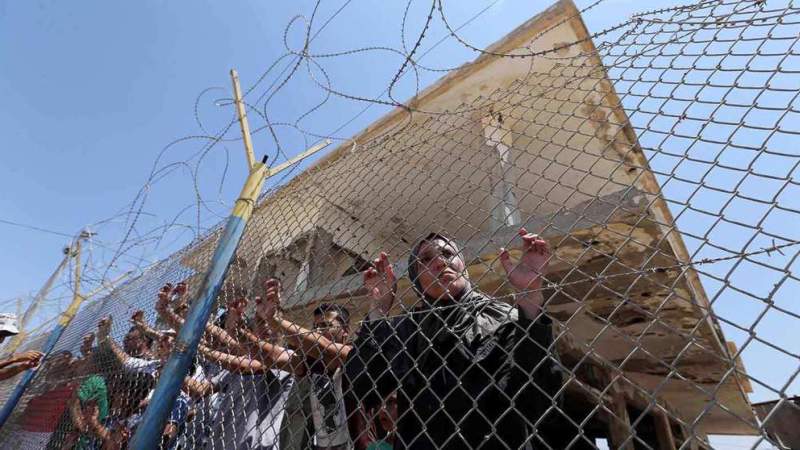 News - Middle East: Marking the 15th anniversary of the Israeli regime’s crippling siege of the Gaza Strip, a United Nations report highlights the monumental toll the blockade has taken on the coastal enclave’s population.

The report was released by the United Nations’ Office for the Coordination of Humanitarian Affairs (OCHA) on Thursday.

The deadly blockade imposed on Gaza 15 years ago for electing the popular resistance movement Hamas turned the enclave into an open-air prison.

The occupying regime brought the entire enclave under the land, aerial, and naval blockade in June 2007. The blockade has over the years turned worse.

About 2.1 million Palestinians in the besieged enclave are ‘locked in,’ with vast majority of them unable to access the remainder of the OPT (Occupied Palestinian Territories) and the outside world, the UN report states.

So far in 2022, the Israeli authorities have approved only 64 percent of patients’ requests to exit Gaza mainly for specialized treatment in the nearby Palestinian territory of the West Bank, OCHA said.

“In previous years, patients have died while awaiting a response to their application,” it added.

Gaza’s Rafah border crossing with Egypt, the sliver’s only way of accessing the outside world, “was open for 95 days out of 151 in the first five months of 2022.”

“The volume of truckloads entering Gaza in the first five months of 2022, around 8,000 per month, was about 30% below the monthly average for the first half of 2007, before the blockade. Since then, the population has grown by more than 50%,” OCHA stated.

Limitations imposed on border with OPT

The Israeli regime has also largely restricted access to areas within 300 meters of the Gaza side of the perimeter fence with the occupied territories, the report said, adding that areas lying several hundred meters beyond are deemed not safe, preventing, or discouraging, agricultural activities.

Israeli forces have also restricted access off Gaza’s coast, currently only allowing fishermen to access 50 percent of the fishing waters allocated for this purpose under the Oslo Accords with the Israeli regime.

As many as 1.3 million out of the 2.1 million Palestinians in Gaza (62 percent) require food assistance, OCHA stated.

"Longstanding access restrictions imposed by the Israeli authorities have undermined Gaza’s economy, resulting in high unemployment, food insecurity and aid dependency," the report reads, citing restrictions on the marketing of goods in the West Bank and Israel, on the entry of certain goods to Gaza, and on the access of people to agricultural land and fishing waters in Gaza itself.

At its current operating capacity, the Gaza Power Plant can only produce up to 80 megawatts (MW), supplemented by 120 MW purchased from the Israeli regime, meeting about 50 percent of the electricity demand in Gaza (400-450 MW), the UN report notes.

Also, up to 78 percent of piped water in Gaza is unfit for human consumption, the report states further.

It concluded that the blockade on Gaza should be "fully lifted in line with [the UN] Security Council Resolution 1860", while adding that "improvements can still be made within the framework of the blockade regarding easing the restrictions on the entry and exit of people and goods.”

Meanwhile, Israeli forces on Friday attacked anti-occupation protests in the village of Kafr Qaddum near the city of Qalqilya, which is located in the northwestern part of the occupied West Bank.

According to the Palestinian Red Crescent Society, at least 92 Palestinians were injured in the attack, which saw Israeli forces cracking down on demonstrators with rubber-coated bullets and teargas canisters, according to reports.

For many years, people from Kafr Qaddum and other neighboring villages have been holding weekly protests every Friday against Israeli settlement construction, demanding an end to the regime's settler-colonialism project.

In a separate development on Friday, Israeli forces attacked a Palestinian woman’s funeral in the town of Beit Ummar, in the southern West Bank province of Hebron, Palestinian media citing sources as saying.

According to Shehab News Agency, the occupying soldiers attacked the coffin of the deceased Palestinian woman as well as the pallbearers as the funeral passed through the main entrance to the town.

The forces fired live bullets in the air, kicked the pallbearers and fired teargas canisters and stun grenades in an attempt to disperse the funeral, reports said.