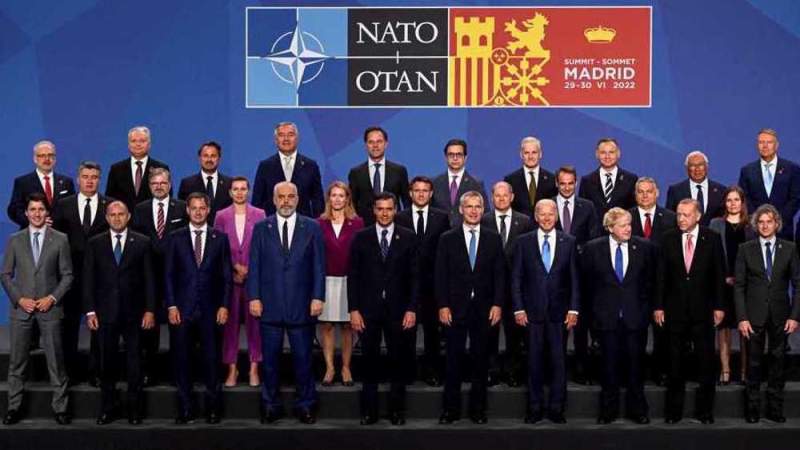 News - World: NATO’s new strategic concept has exposed the intentions of the United States that it is seeking to exploit the military alliance to maintain its hegemony worldwide, China’s state news agency says.

According to a commentary from the Xinhua news agency on Saturday, NATO has become a handy tool for the United States to contain other countries, particularly China and Russia. Washington seeks to incite bloc confrontation by demonizing other countries, the commentary said.

It is clear NATO’s new strategic concept, covering the alliance's priorities and goals for the next 10 years, is actually designed to guide the 30-member bloc on how to serve to maintain American hegemony in the future, it said.

On Wednesday, NATO leaders officially declared Russia the “most significant and direct threat” to the security of its members in a document, titled Strategic Concept 2022, which defines the alliance’s strategic outlook for the next decade. It accused China of posing “systemic challenges” for the first time.

Beijing warned such self-serving intentions deserve high alert on the part of Europe and the Asia-Pacific.

Through the updated NATO document, the United States has tried to realize three strategic goals – fomenting confrontation between Europe and Russia to continuously cripple Russia, urging Europe to strengthen its defense and using European resources to ease pressure on American defense in Europe, and forcing the US allies to join hands in suppressing China.

The commentary said this exposes Washington’s established Cold War mentality, in which Asia and Europe are the country's geopolitical cards, and only by sabotaging the relations between the two continents can the world's sole ‘superpower’ hold up its hegemony.

Unfortunately, although NATO has repeatedly claimed its positioning as a regional alliance remains unchanged, it, in fact, has done quite the opposite, the commentary said. In the Asia-Pacific, the alliance has joined the US in implementing the latter’s divisive strategy and anti-China agenda for the sake of the Western dominance in the region, it added.

In recent years, some NATO members have worked with the US to send planes and warships to China's adjacent waters for military operations. Yet the malicious intentions of the US and NATO's erroneous words and actions have aroused the vigilance of people of insight all over the world, who have publicly opposed the US-led NATO expansion to the Asia-Pacific region and called for strengthening cooperation with China.

According to the commentary, history has proved that only mutually-beneficial cooperation, rather than playing bloc politics, can win over regional countries. Thus, Washington's self-serving geopolitical intentions and vicious attempts to drive wedges across the world are doomed to fail.

China is always a builder of world peace, a contributor to global development and a guardian of international order. China does not stir up trouble, but it is not afraid when others do. China will firmly and forcefully respond to any act that infringes upon China's interests, it said.

Following Russia’s military offensive against Ukraine in late February, the United States and its NATO allies pressed China to take a more critical stance against Russia for the war in Ukraine, accusing Beijing of taking sides with Russia in the war. The war has inflamed tensions between Russia and the West, with the US and its NATO allies imposing unprecedented sanctions on Moscow and supplying a large cache of weaponry to Ukraine. China says the sanctions are unilateral and not authorized by the United Nations Security Council.

China and Russia have developed close ties in recent years. They issued a lengthy 5,000-word statement early in February against the expansion of NATO, calling the US-led military alliance a relic of the Cold War.