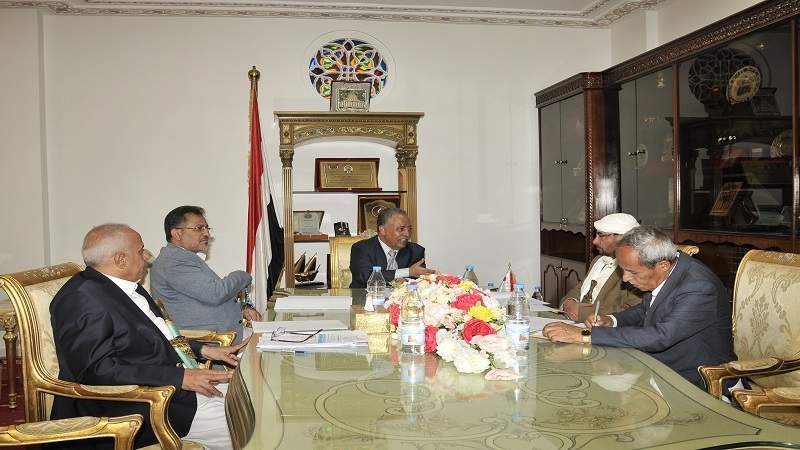 News - Yemen: The Presidency of the Yemeni Parliament condemned and strongly denounced the heinous crime committed by the Saudi border guards against defenseless citizens in Sa’adah province recently, which lies to Yemen’s extreme northwest.

The US-Saudi aggression has once again broken the terms of a UN-sponsored truce, killing and injuring as many as 17 people in a cross-border attack on Yemen.

The casualties were caused on Sunday after Saudi forces opened fire on a border area in Yemen’s Sa’adah Province. Most of the wounded, who have been transferred to a hospital in the city of Razih in the western part of the province, are in a life-threatening condition.

In a statement on Monday, the Presidency condemned the continued violation of the truce signed by the United Nations, and the repudiation of commitment to its terms.

The Presidency of the Parliament affirmed that the continuation of these violations and crimes against citizens is a blatant violation of Yemeni sovereignty and a circumvention of the terms of the truce. They are also war crimes against humanity punishable by international law, humanitarian charters and humanitarian norms. They are a violation of one of the rites of Islam during the sacred days of the month of Dhu al-Hijjah.

It called on the United Nations to assume its responsibility under the laws of its establishment and the truce clauses agreements announced under its auspices.

It held the Saudi-led aggression, the United Nations and the international community humanitarian and moral responsibility for all violations and crimes committed by the coalition of aggression against the Yemeni people.

The Presidency called on the United Nations and its affiliated organizations, and its envoy to Yemen, to take firm stances towards these violations and war crimes, and the violations that the Yemeni people are subjected to. Including the crime of destroying the historic Al-Noor Mosque in the Khokha district of Hodeidah by the coalition of aggression and its tools.

The so-called Giant Ninth Brigade of the forces of the US-Saudi-Emirati aggression has destroyed the archaeological Al-Noor Mosque, which was built by the Rasulid King Al-Mudhaffar 771 years ago, and it was renovated during the era of the Ottoman Empire.

The statement strongly condemned the targeting of historical Yemeni monuments and archaeological sites, holding the relevant organizations of the United Nations, led by UNESCO, responsible for protecting mosques and historical monuments that are subjected to deliberate and systematic obliteration and distortion by the coalition of aggression and its tools.

Saudi Arabia launched the devastating war on Yemen in March 2015 in collaboration with its Arab allies and with arms and logistical support from the United States and other Western states.

While the Saudi-led aggression has failed to meet any of its objectives, the war has killed hundreds of thousands of Yemenis and spawned the world’s worst humanitarian crisis.

The UN-brokered truce, which came into effect in April, was extended for another two months on June 2.

The deal stipulates halting offensive military operations, including cross-border attacks, and allowing fuel-laden ships to enter Yemen’s lifeline Hodeidah port and commercial flights in and out of the airport in the capital Sana’a to predetermined destinations in the region.

The Saudi-led aggression, however, continues to violate the truce by detaining new fuel ships, despite their inspection and obtaining permits from the United Nations, insisting on the closure of Sana’a Airport, as well as, the fires of the aggression side did not subside along the fronts, on the borders and inside; shelling, reconnaissance, development and crawl.