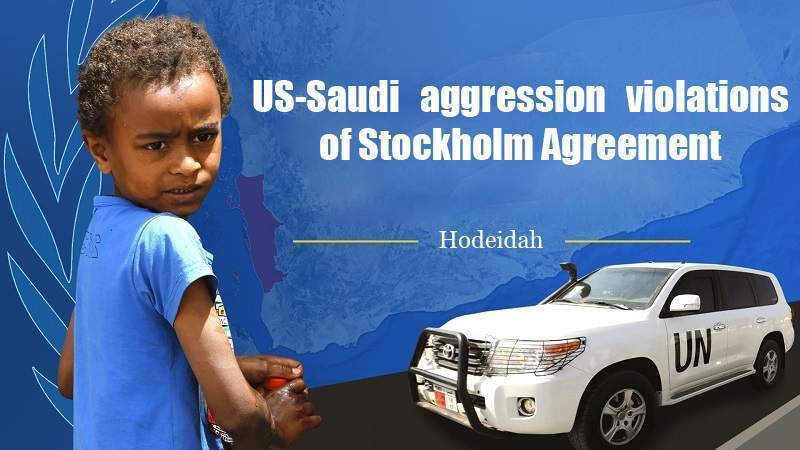 News – Yemen: The Liaison and Coordination Officers’ Operations Room, which monitors violations of the Stockholm Agreement and Ceasefire in Hodeidah, reported 87 violations staged by US-Saudi forces and mercenaries during the past 24 hours.

A source pointed out that the violations included the flying of nine spy drones and launching three air raids on Hays district. They staged 7 attacks by artillery shells, and 68 attacks with live bullets.

The war has left hundreds of thousands of Yemenis dead and displaced millions more. It has also destroyed Yemen’s infrastructure and spread famine and infectious diseases there