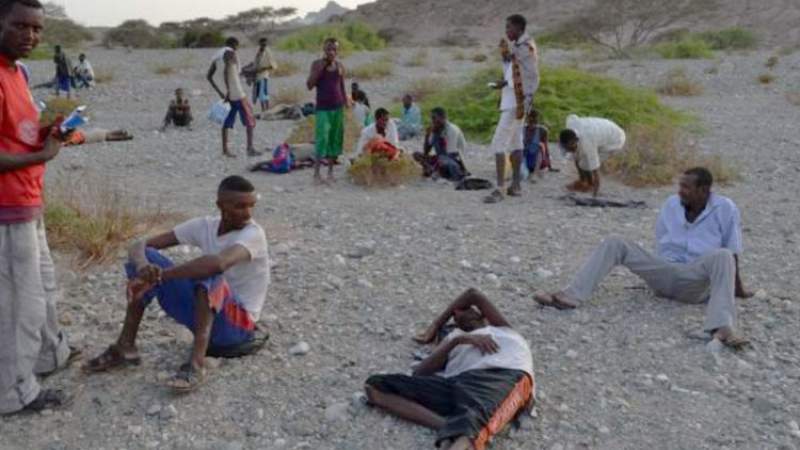 News - Yemen: The International Organization for Migration revealed the killings of migrants at the hands of the Saudi border guards, north of Sa'adah Governorate.

It had verified nine separate incidents that led to the killing of 189 migrants and the serious injury of 535 migrants at the Yemeni-Saudi border with the northern Yemeni governorate of Sa'adah," the organization said in a report.

The International Organization for Migration indicated that 7,000 Yemeni families, representing 43,000 individuals, have been displaced since the beginning of this year.

The Yemen Press Agency had published many crimes committed by the Saudi forces during the months of May and June against dozens of displaced Yemenis and Africans in "Nashaw" area in Jizan.