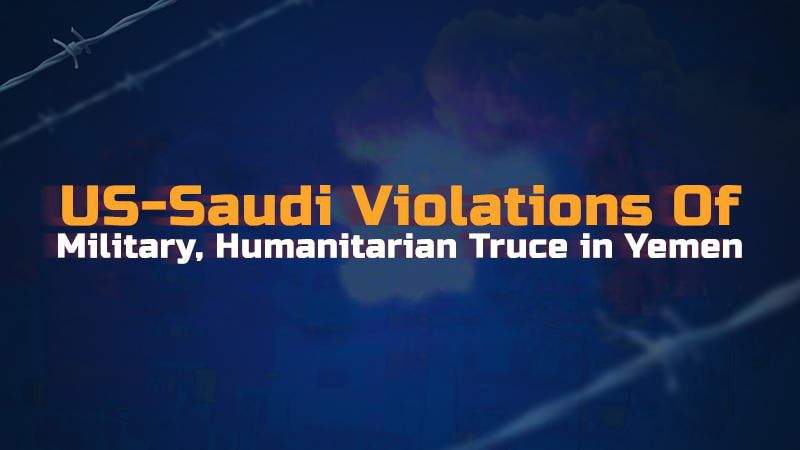 News - Yemen: The US-Saudi aggression and its mercenaries committed 149 violations of the UN-sponsored humanitarian and military truce, during the past 24 hours.