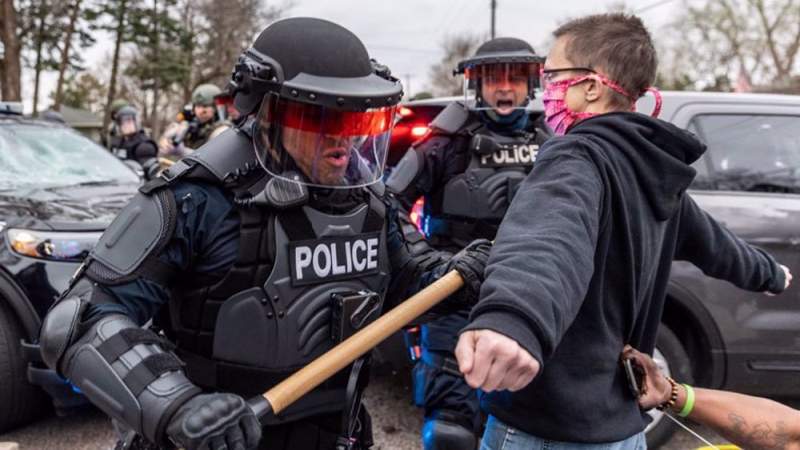 News - World: US police have killed more people through the first seven months of the year than they have any other year on record, a study shows, pointing out Black people are three times as likely as white people to get killed by police.

According to the Mapping Police Violence database, US police officers have killed over 700 people in 2022 and are on track to kill more people this year than in any year since the project began tracking police killings in 2013.

“Without transformative changes to interrupt the current trajectory of police violence, another ~440 people will likely be killed by police before the year ends,” database founder Samuel Sinyangwe wrote in a tweet.

Just one in three police killings begins with an alleged violent crime, according to database.

The other two thirds, the vast majority, begin with things like traffic stops, mental health crises, and alleged non-violent crimes.

Some people were shot in the back while running and others were passengers in fleeing cars, the data showed.

In the past seven years, police have killed more than 2,500 people who were fleeing, and those numbers have slightly increased in recent years, amounting to an average of roughly one killing a day of someone running or trying to escape.

But rarely are police charged or found criminally liable — convictions in only nine of these 2,500 cases.

Last month, former Minneapolis officer Thomas Lane was sentenced to 2-1/2 years in prison on federal charges stemming from his role in the killing of George Floyd, a Black man whose death sparked protests around the world against racial injustice.

Lane was one of four officers who were called to a Minneapolis grocery store on May 25, 2020, and tried to take Floyd into custody on suspicion that he used a fake $20 bill to buy cigarettes.

During the encounter, one of the officers pinned handcuffed Floyd's neck to the ground with a knee for more than nine minutes, causing his death.

In February, Lane, along with two other former officers were found guilty by a federal jury for their involvement in Floyd's death. No date has been set for sentencing two other officers, Tou Thao and Alexander Kueng.

Advocates and experts say the latest data highlight how the US legal system allows officers to kill with impunity and how reform efforts have failed to address fundamental flaws in police departments.

“In 2014 and 2015, at the beginning of this national conversation about racism in policing, the idea was, ‘There are bad apples in police departments, and if we just charged or fired those particularly bad officers, we could save lives and stop police violence,’” said Sinyangwe, but added, “this data shows that this is much bigger than any individual officer."