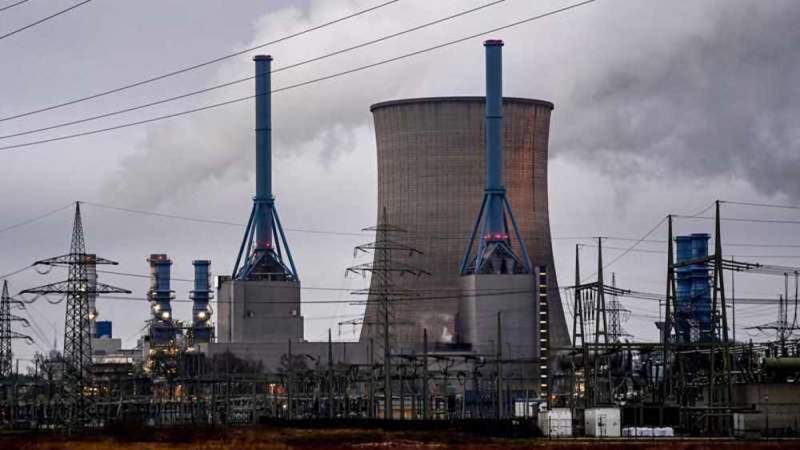 News - World: Russia's energy giant Gazprom says the sanctions imposed by the West against Moscow have made it impossible for the company to receive a turbine needed to keep gas flowing to Europe.

Gazprom said on Wednesday that the delivery of the turbine needed to stream gas to Europe via the Nord Stream 1 pipeline was impossible because of the anti-Russia sanctions.

"The sanctions regimes of Canada, the EU, the UK and a mismatch of the current situation with the existing contractual obligations by the Siemens side make delivery of the 073 engine to the Portovaya compressor station impossible," the Russian state-run organization said in a statement.

Since the onset of Russia's military offensive in Ukraine on February 24, the United States and its European allies as well as Canada have imposed waves of sanctions against Moscow, despite its warning that such punitive measures will eventually backfire.

Gazprom initially curtailed its gas supply to Europe through the Nord Stream 1 pipeline by 40 percent in June. Then, it drastically cut the deliveries through the pipeline to about 20 percent of its capacity last week.

On Thursday, Gazprom once again insisted that Canadian, UK, and EU sanctions "and the discrepancy between the situation at hand and Siemens' contractual obligations" meant the turbine in question could not be delivered.

The company emphasized that the delayed return of the turbine from Canada, where the unit was being serviced, was behind the initial reduction in gas deliveries via the Nord Stream 1 gas pipeline in June.

While the EU has accused Russia of cutting supplies in retaliation for the sanctions, Moscow has insisted that the sanctions had made the technical maintenance of the pipeline very difficult for the Russian company.

Earlier on Wednesday, German Chancellor Olaf Scholz alleged that Russia was deliberately blocking the delivery of the key turbine to choke the gas supplies to Europe, as he raised the possibility of keeping nuclear plants going to offset the shortage of energy.

"It's obvious that nothing — absolutely nothing — stands in the way of this turbine being transported to Russia and installed there," the German leader said.

Kremlin spokesman Dmitry Peskov was quick to respond, blaming a lack of documentation for the turbine's return to Russia.

The idea of extending the life of Germany's last nuclear power plants may not be practical as the three plants due to close at the end of this year only account for a "small proportion" of Germany's total electricity capacity. Moreover, the idea has already become a bone of contention between the three parties in the country's ruling coalition. The smallest of the three, the liberal Free Democrats, want the plants to run for longer while Scholz's Social Democrats and the Greens are opposed.

Last month, Yasmin Fahimi, the head of the German Federation of Trade Unions (DGB), warned that top German industries were on the verge of collapse due to the cuts in the Russian gas supplies.

On Saturday, Gazprom said it had stopped supplying gas to Latvia, accusing the EU member state of violating conditions for gas withdrawal. Russia has been insisting for months that the EU countries pay for Gazprom in rubles, not euros. However, the European bloc rejects the demand, saying there is no contractual condition for ruble payments.

Gazprom has suspended gas deliveries to Bulgaria, Finland, Poland, Denmark, and the Netherlands on the grounds that they, too, refuse to pay in rubles. The reductions have prompted the European bloc to now strive to boost gas imports from elsewhere, including liquefied natural gas (LNG) from Norway, Qatar, and the US.

However, EU foreign policy chief Josep Borrell said on Friday that cutting dependence on Russian energy was not something that could be achieved overnight.