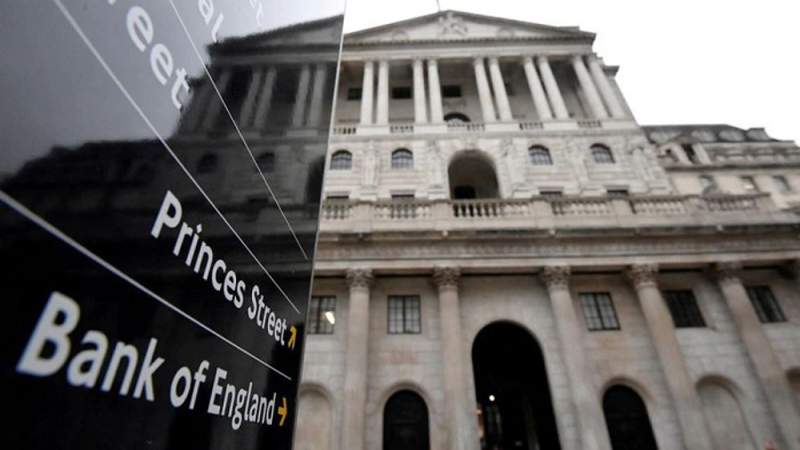 News - World: The Bank of England (BoE) unveils the biggest interest rate hike since 1995 as it sees the country sinking sink into a lengthy recession later this year amid skyrocketing inflation.

Eight of the BoE’s nine-member Monetary Policy Committee voted on Thursday morning to increase the rates from 1.25 percent to 1.75 percent.

Inflation is now estimated to hit a new record at 13 percent - a 40-year high - and the BoE expects the UK economy to enter recession in the last quarter of the year.

“The United Kingdom is now projected to enter recession from the fourth quarter of this year,” the BoE said in a statement, warning that “real household post-tax income is projected to fall sharply in 2022 and 2023, while consumption growth turns negative.”

The new policy came on the heels of a warning by the National Institute of Economic and Social Research (NIESR), which estimated the country will go into a recession and interest rates are ought to go up.

The NIESR also raised the alarm over the “astronomical inflation” in the short term, saying there would be “no respite” for British households and businesses from the crisis.

A rise in interest rates is one way to try to limit the inflation rate, as Britons are grappling with their skyrocketing energy bills after the rise of oil and gas prices as a result of the West's sanctions on Russia over the Ukraine war.

Andrew Bailey, the governor of the Bank, warned of “exceptionally large” risks of hiking energy prices, saying “the latest rise in gas prices has led to another significant deterioration in the outlook for the UK and the rest of Europe.”

“While the government might have taken a break from acting on the cost-of-living emergency, these families can’t take a holiday from the year of financial fear,” she added.

The development comes as the country is involved in the challenge of choosing the new prime minister, amid the deteriorating economy.

“The next prime minister should immediately revisit the government's cost-of-living support to make sure it's up to the task. They must also increase basic Universal Credit entitlements to ensure that our social security system always, at a minimum, enables people to afford the essentials,” the chief economist stressed.

Labour shadow chancellor Rachel Reeves was at pains to say that the government has “lost control of the economy”.

“As families and pensioners worry about how they’re going to pay their bills, the Tory leadership candidates are touring the country announcing unworkable policies that will do nothing to help people get through this crisis.”

Among all the looming challenges, the BoE has forecast that unemployment will rise from 3.8 percent today to 5.5 percent next year, implying that an extra 600,000 people will lose their jobs. It means that if someone’s wages and other income are lagging behind inflation, their standard of living is being squeezed across the UK.