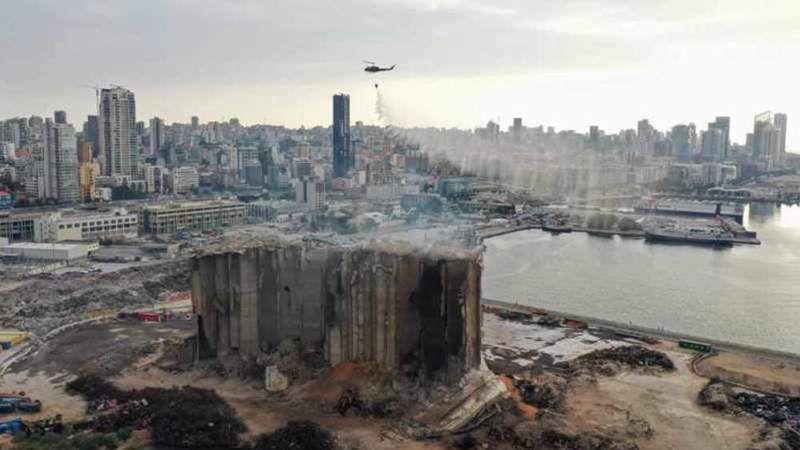 In a statement on Thursday, Hezbollah’s Media Relations Office said that the Arab country and its people “are still suffering from the national tragedy which hit the country’s heart.”

“We, in Hezbollah, renew our deep condolences to the families of all martyrs, despite their sects and nationalities, as we assure our sincere sympathy with those who were injured and those whose properties were damaged,” the resistance movement added.

More than 215 people were killed and about 6,500 wounded in the explosion at Beirut’s port on August 4, 2020, when a huge stockpile of ammonium nitrate, which had been stored unsafely at the port for years, detonated.

The explosion, one of the world's largest non-nuclear explosions, also flattened the port and swathes of the Lebanese capital. It further left Lebanon’s economy - already reeling from multiple crises, including the breakdown of its banking system, spiraling inflation, and the coronavirus pandemic - in tatters.

The investigation into the causes of the blast still continues. Rights groups and families of victims accuse officials of obstructing the probe into the explosion, which has so far failed to hold high-level officials to account or reveal the exact causes of the disaster.

Back in October, Hezbollah censured Tarek Bitar, the judge leading the investigation into the blast, saying he is causing trouble in Lebanon by politicizing the case and must therefore be dismissed. Bitar is the second judge to lead the investigation, succeeding Fadi Sawwan.

Elsewhere in the statement on Thursday, Hezbollah said that “during the last two years the country witnessed huge political and media campaigns that included baseless accusations and unprecedented instigation that led to local tensions which put Lebanon on the brink of dangerous instability, especially regarding the bloody incident in Tayouneh.”

It was refereeing to the 2021 Beirut clashes - also Tayouneh Incident - during which a series of clashes erupted in the Tayouneh neighborhood of Beirut on October 14, 2021 between Hezbollah and the Amal Movement.

The clashes, which killed seven people and wounded more than 30 others, erupted during a protest organized by Hezbollah against Bitar, arguing that he is partisan.

Hezbollah highlighted its keenness to avoid sedition during and after the Tayouneh Incident.

“Today, we reiterate our firm and known stance toward this issue, as we call for a just and transparent investigation according to legal basics and away from politicization, double standards, and sectarian instigation,” the resistance movement stressed.

“We believe that justice alone can calm the souls and consolidate stability in the country as it leads to dialogue and joint efforts in a bid to cope with the dangerous crisis Lebanon has been witnessing,” Hezbollah added.

Separately on Thursday, several more grain silos damaged by blast collapsed, as hundreds of people rallied toward them to mark the second anniversary of the disaster.

On Sunday, two towers had also fallen in the heavily-damaged silos' northern section.