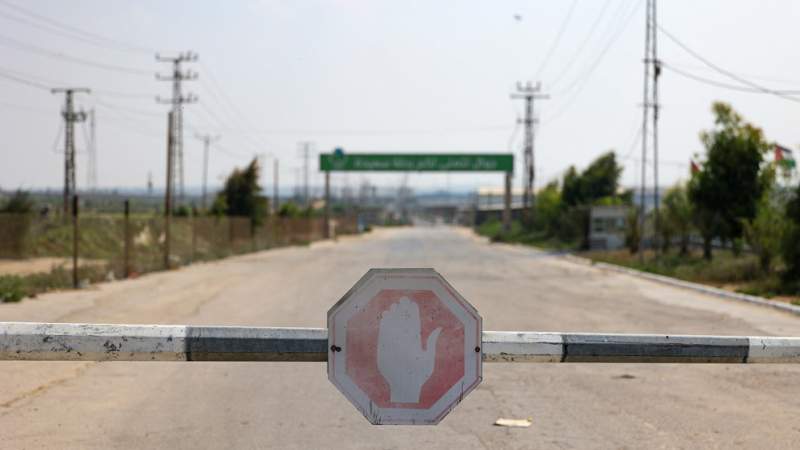 News - Middle East: The Israeli regime has kept the crossings with Gaza closed for the third consecutive day following the arrest of a senior Palestinian resistance figure, further tightening its inhumane blockade that has been in place since 2007.

The closure of the crossings comes as fear of imminent Palestinian retaliatory operations following the arrest of Bassam al-Saadi grows in occupied territories.

Al-Saadi was arrested on Monday in the occupied West Bank city of Jenin along with his son-in-law and aide, Ashraf al-Jada, during a raid by Israeli forces. Another member of the Palestinian resistance movement was killed in a gun battle with Israeli troops.

In response to Saadi’s arrest, the Gaza-based group announced in a statement that it was declaring a state of “alertness” and raising its fighters’ “readiness.”

Soon after the arrest was made, Israeli authorities announced the closure of crossings at the Israeli fence separating Gaza from occupied territories.

According to World Health Organization, the crossing shutdown has affected 50 patients a day who are in need of healthcare outside Gaza.

The closure has also blocked the supply of fuel to Gaza's sole power plant. Officials warned on Thursday that the plant will shut down within 48 hours if the situation persists.

Gazans are already facing regular blackouts as they have just 10 hours of electricity a day, and millions of people will be affected with the shutdown of the power plant.

“That would have a grave impact on the daily life of over two million people and vital services,” said Mohammad Thabit, an official with Gaza’s power distribution company.

According to analysts, the ongoing closure of the crossings will further decrease the already low standards of living in the tiny seaside territory.

In a statement on Thursday, the Palestinian Hamas Resistance Movement strongly condemned the move, noting that the Israeli measures against the impoverished region amount to “crimes against humanity.”

“These measures have made more than two million Palestinians hostage to the occupying regime [of Israel], especially women and children with medical conditions and cancer patients who need treatment in hospitals in the West Bank and al-Quds,” Hamas spokesman Fawzi Barhoum said in a statement.

Barhoum also slammed the international community’s failure to take an action aimed at ending Israeli violations against the besieged territory, emphasizing that “Gazans’ silence will not last forever.”

“It is no longer acceptable to allow such a dangerous situation to continue,” the Hamas spokesman stated.

He then called for an urgent and effective Arab and Islamic action to lift the Israeli siege on the Gaza Strip and demanded solid support for the Palestinian nation’s steadfastness in the face of “the Israeli war machine.”

The Israeli regime’s crippling siege of the Gaza Strip for electing the popular resistance movement Hamas has turned the enclave into an open-air prison.

The occupying regime brought the entire enclave under land, aerial, and naval blockade in June 2007.

As a result of the siege, unemployment levels in Gaza are among the highest in the world.

As many as 1.3 million out of the 2.1 million Palestinians in Gaza (62 percent) require food assistance as well, according to the United Nations’ Office for the Coordination of Humanitarian Affairs (OCHA).