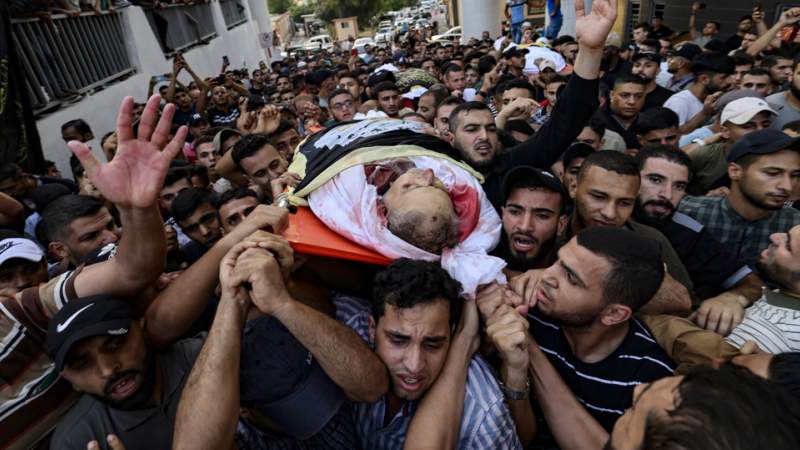 News - Middle East - Palestine: Iran has strongly condemned the brutal attack of the "apartheid Israeli regime" on Gaza and the killing of defenseless people and a senior commander of the Islamic Jihad movement, saying the Palestinian people and groups have the right to respond to Tel Aviv's terrorist moves.

"It is the legal right of the Palestinian people and resistance groups to act and defend themselves in the face of the aggression and terrorist moves of the Zionist regime," Iranian Foreign Ministry spokesman Nasser Kan'ani said on Friday.

He added that the Israeli regime's new wave of air strikes across the besieged Palestinian enclave was a "criminal, adventurous and provocative" move.

The Iranian Foreign Ministry spokesperson emphasized that the "apartheid regime of Israel" shoulders full responsibility for the "crime" and the consequences of its aggression on Palestine and the Gaza Strip.

They should also take measures to stop the continuation of such crimes by the Tel Aviv regime, which is the main factor behind instability and insecurity in the region, he said.

Twelve people, including Tayseer al-Jabari, a senior commander of the Islamic Jihad movement, and a five-year-old child, were killed in an airstrike by Israel on a center affiliated with the resistance movement in a residential area in the besieged Gaza Strip on Friday, only days after the regime arrested a senior figure of the group.

The Palestinian Health Ministry said well over 80 people were also injured in the attack in Rafah.