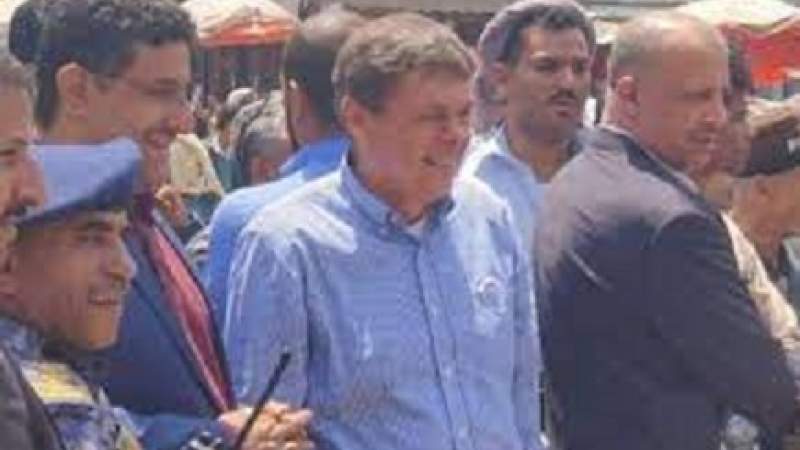 Yemen: The visit of the German ambassador to Yemen, Hubert Jeeger, to Sana'a, as the first visit by a German diplomat since the war in Yemen, is considered important, as it will deal with several humanitarian issues including the extension of the UN-sponsored truce announced last April.

Over the decades, Yemen’s relationship with Germany has been characterized by a constructive and positive relationship of cooperation. Germany was the largest generous donor country, as it transparently and honestly financed a series of service and development projects in Yemen.
Today, Germany, which is the largest economic power in Europe and has assumed responsibility for this continent, the visit of the German ambassador to Sanaa lies in this great and important position for Germany at the international level.
The German ambassador did not come to Sanaa for tourism, but to discuss issues of an important nature, holding talks with officials focused on issues related to the relationship of cooperation, especially in the service and humanitarian aspect.
He discussed for example reconnecting the electric current from the gas station in Ma’rib to all Yemeni governorates after its maintenance and operation with Kuwaiti funding through the German company Siemens, which established the station that feeds most of Yemen’s electricity needs, according to what was reported in social networking sites.
He also discussed the implementation of a number of service and development projects through the German agency “GTZ”, which played a positive role in reducing the suffering of the Yemeni people in a number of governorates, in addition to discussing the opening of land, sea and air ports to break the siege imposed on the Yemeni people.
a
The German ambassador's visit to Hodeidah also suggests that it may be related to the search for a solution to the dilapidated Safer ship. The chances of rehabilitating the port of Hodeidah, according to what observers said.
In general, it can be said that the visit of the German ambassador to Yemen is an indication of a breakthrough that will occur soon in the Yemeni-European relations and other countries of the world, according to the vision of observers of the Yemeni issue.
Source YPA translated by Almasirah English Website
#US_Saudi_Aggression #Germany 22-08-13