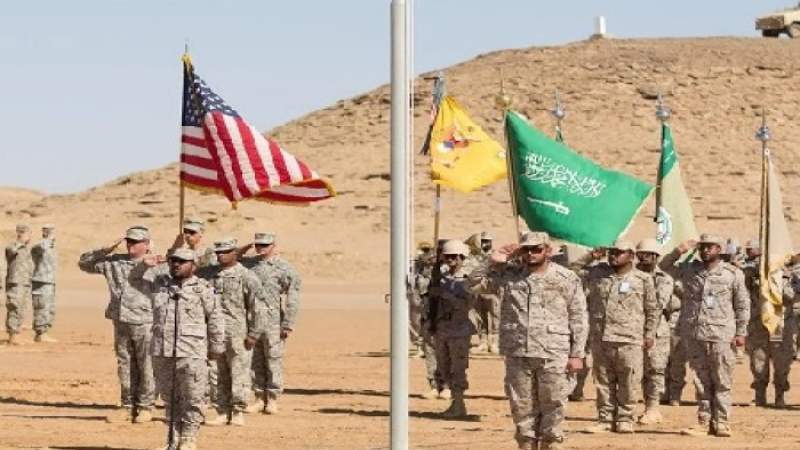 Middle East: As part of its support for Riyadh, the United States continues to provide military and logistical support to Saudi forces, by re-flowing arms deals and conducting joint exercises with Saudi forces.

While the US President Biden used to talk about his intention to make the kingdom a “pariah” he crowned his strong statements with a visit to Saudi Arabia last July, holding a personal meeting with Crown Prince Mohammed bin Salman, who said about him in a previous statement that he would not deal absolutely with him.

As soon as this visit ended, Washington continued its support for Saudi Arabia in a clear affirmation of America's commitment to defending Saudi Arabia, in return for pumping money and harnessing normalization efforts by Riyadh to serve the Zionist entity under American auspices.

On Saturday, Saudi Arabia announced the launch of a maneuver on the Red Sea coast with the US Navy for a month.

The logistical Native Fury 22 between the Saudi armed forces and the US Marine Corps has begun in Yanbu’s exercise operations area.

Col. Matthew H., commander of the American forces participating in the exercise said that the maneuvers improved complementary work and raised the level of compatibility and combat readiness of the Saudi and American forces.

The exercise will last nearly a month and include many drills and exercises on logistics as well as live ammunition shooting.

The maneuver takes on dangerous dimensions for the security of the Middle East, especially after Washington has militarized the Red Sea through continuous maneuvers in partnership with the Israeli entity, in order to control the Red Sea and Bab al-Mandab, taking advantage of the state of war it is leading over Yemen.

In a statement on August 3, the US State Department announced that it had approved a sale of 300 Patriot missiles to Saudi Arabia with the aim of “improving Saudi Arabia’s ability to confront current and future threats by replenishing its declining stockpile of Patriot GEM-T missiles.”

On the other hand, Biden's visit to Jeddah confirmed that the US permission was given for Saudi Arabia to continue its repressive campaigns inside the country, and for its policy to continue fueling conflicts in the Middle East, including the continuation of the war on Yemen that it started in 2015.