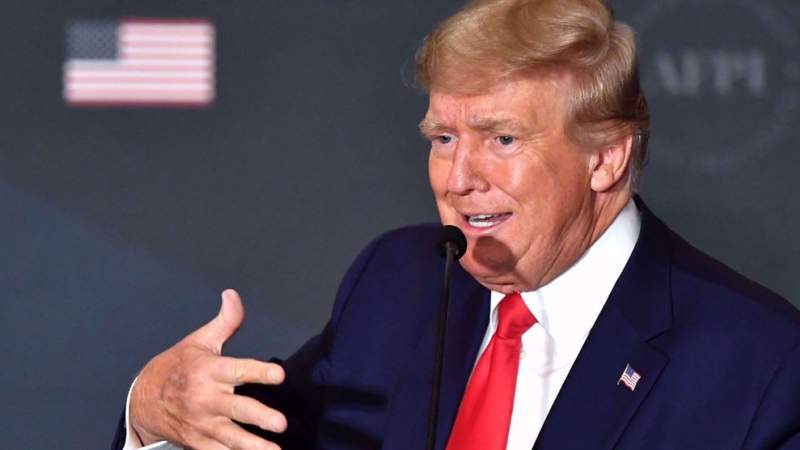 News - World: Former US President Donald Trump has called the Biden administration’s tumultuous withdrawal from Afghanistan last year "the most embarrassing, incompetent, and humiliating event in the history of the United States."

Trump made the remark on his Truth Social account on Tuesday on the one-year anniversary of the Taliban’s takeover of Afghanistan following the retreat of US forces from the country.

The US invaded Afghanistan in October 2001 following the September 11, 2001 attacks on the United States, despite the fact that no Afghan national was involved in the attacks. Hundreds of thousands of Afghans died in the US war of aggression on the country.

American forces had occupied the country for about two decades on the pretext of fighting against the Taliban. But as the US forces left Afghanistan, the Taliban stormed into the capital Kabul in August last year, weakened by continued foreign occupation.

"The Afghanistan disaster of exactly one year ago was the most embarrassing, incompetent, and humiliating event in the history of the United States," Trump said.

"Not the fact that we left, I was the one that got our soldier count down to 2 thousand in preparation for leaving," Trump continued, "but the way we left, taking the military out first, 13 dead soldiers (with many badly injured), leaving many Americans behind, and giving the enemy over 85 Billion Dollars worth of the best military equipment in the world. So Sad!"

The Taliban took over the capital Kabul on August 8, 2021, and declared that the war in Afghanistan was over. The militants entered the presidential palace after President Ashraf Ghani fled the country.

The US was forced to close the embassy in Kabul and evacuate diplomats and staff by helicopters.

American journalist Don DeBar told Press TV that “this entire war, since Jimmy Carter started it (using George Bush, the first's CIA and Donald Rumsfeld's military intelligence) and George Bush II deployed regulars, through the Obama-Trump and now the Biden administration's time, has been a ‘Saigon moment,’” referring to the 1975 hasty evacuation of remaining American troops from Vietnam when the city of Saigon fell two years after former President Richard Nixon withdrew American forces in the country.

“I understand what Trump is doing here. The Republican base has a strong sense of nationalistic pride that has to be massaged, and in this particular case the deficit is being exploited by him for the benefit of that base,” he told Press TV on Tuesday.

“But he's also right, even if that's not his intent. The 'humiliating event' he refers to is not last year's televised exit-in-haste. It's the decades-long war on the people of Afghanistan that the US began conducting during the Carter Administration, which brought the Taliban and other fundamentalists to power over the secularists who had come to power seeking peace with its neighbor, the USSR, looking to build a democratic modern economy using a socialist model. Carter and his NSA advisor, Zbigniev Brzezinski, lit a match intended to stop them and burn the fingers of Moscow. Instead, the fire has been consuming the people of Afghanistan ever since, including up to this day,” the analyst said.

“It is reminiscent of the other national humiliation in what is now known as Ho Chi Minh city, then Saigon, where the US beat another hasty exit after a ridiculously long war that consumed millions of Vietnamese. There, again, what was done to the people of Vietnam is the US national shame, not the decision to finally leave,” he noted.

US Senate Minority Leader Mitch McConnell (R-Ky.) had called Washington’s retreat from Afghanistan "a lot worse than Saigon in 1975.”

In addition, Republican Senator Ben Sasse had also called the fall of Kabul "worse than Saigon" for the United States.