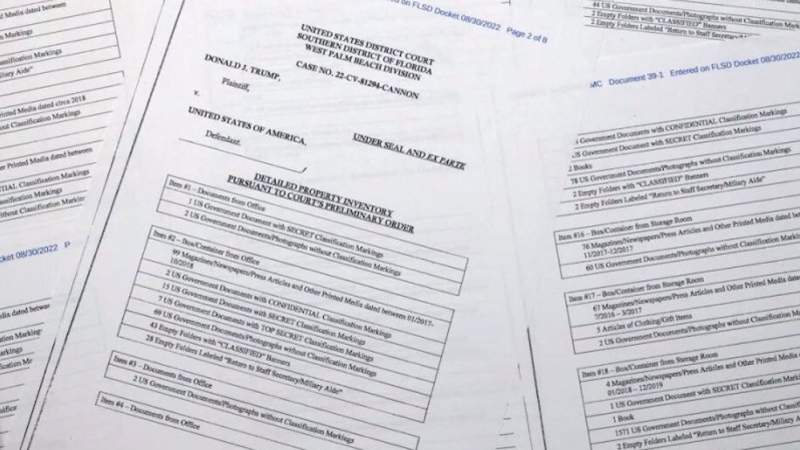 News - Middle East: The US Federal Bureau of Investigation (FBI) found material on nuclear capabilities of an unnamed foreign country among the documents it seized from former US President Donald Trump’s Mar-a-Lago retreat in Florida, a report has revealed.

The department is investigating the former president for removing government records from the White House after he vacated the office in January 2021 and keeping them at his Mar-a-Lago retreat, also known as the "Winter White House".

Following the search, Trump, who has denied any wrongdoing, denounced the move as a “raid” and called it an act of “prosecutorial misconduct,” saying the agents “broke into his safe” in his place while he was away at Trump Tower in New York.

On Tuesday, The Washington Post, citing unnamed people familiar with the matter, said in a report that a document describing a foreign country’s military defenses, including its nuclear capabilities, was discovered by FBI agents who searched the Mar-a-Lago residence and private club back in August.

The Post, however, did not name the foreign government involved.