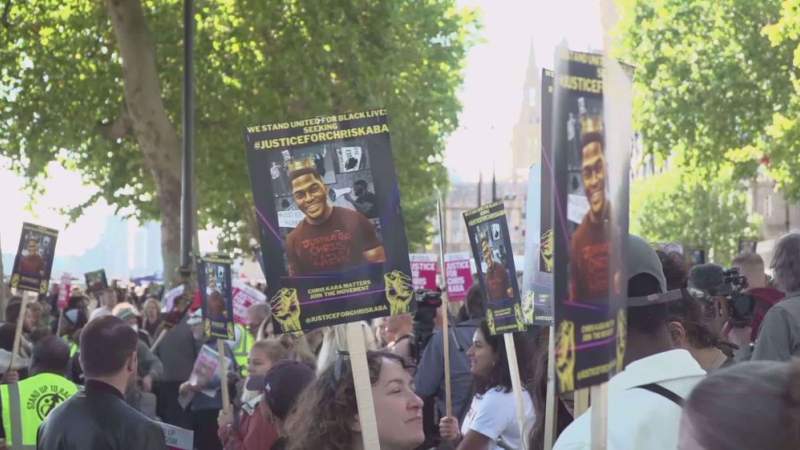 News - World: British Police have found themselves embroiled in another racism scandal surrounding the killing of an unarmed black man in South London by armed officers on September 5.

Following an alleged police pursuit, 24-year-old Chris Kaba was behind the wheel of a car, hemmed in by two police vehicles in a narrow street before one round was fired ending his life. He leaves behind a fiance and an inborn child. No gun was found in the car.

Thousands of protesters have descended outside police headquarters in London to vent their anger at what they say is gross injustice against Chris and his family. Accusations are swirling around, including that the police may have known who was inside the car before stopping it. This is all being investigated but the protest organizers have made it clear: they won't back down until the family's demands are met.

Fighting back the tears, family members spoke of their ordeal after seeing the body for the first time since the killing. News of the shooting has caused uproar, especially in the black community. They feel this was another example of a racist system out to harm them.

Following the backlash, the officer responsible for the shooting has been suspended. An invitation is also underway, but the police watchdog warned it could take nine months to reach a conclusion.

The family expressed anger at the lengthy wait. However, the question of race playing a role will be examined as a factor providing some small hope justice could be still be served.