Biden: US Forces Would Defend Taiwan in Event of Chinese Invasion 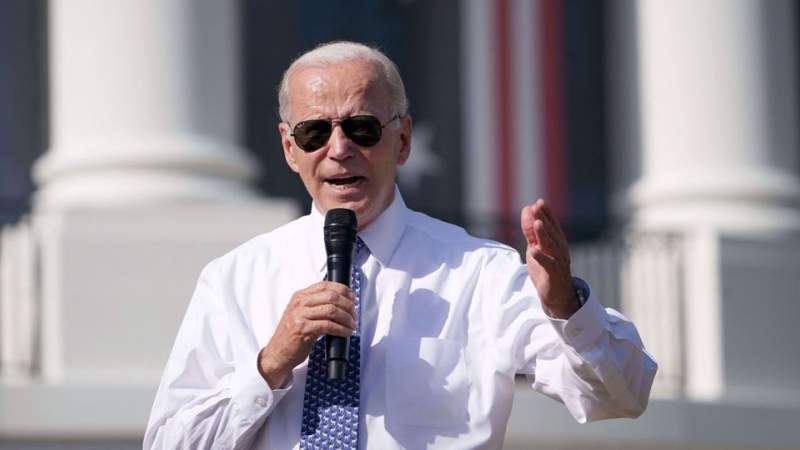 News - World: US President Joe Biden has said that American forces would defend Chinese Taipei (Taiwan) in the event of a Chinese invasion of the self-ruled island.

Biden made the remarks in a CBS 60 Minutes interview broadcast on Sunday. Asked if American forces would defend the island, he replied, "Yes, if in fact, there was an unprecedented attack."

Asked to clarify if he meant that, unlike in Ukraine, American forces would defend Taiwan in the event of a Chinese invasion, Biden replied, "Yes."

Earlier this month, the Biden administration asked Congress to approve more than $1 billion in arms sales to Taiwan, despite China’s objections.

The Chinese government has said that any military contact with the self-ruled island violates the "one China" principle.

The development comes amid heightened tensions between the two arch-rivals after US House Speaker Nancy Pelosi’s controversial visit to the island earlier this month.

The visit, which Beijing had sternly warned against, prompted it to hold a series of military drills around Taiwan in a show of military might against repetitive US provocations.

Elsewhere in his interview, Biden said that he told Chinese President Xi Jinping that it would be a “gigantic mistake” to violate sanctions against Russia around the time that the Ukraine-Russia war broke out.

Biden called Xi earlier this year after the Chinese leader met with Russian President Vladimir Putin in Beijing during the Olympics.

“I said, ‘If you think that Americans and others will continue to invest in China based on your violating the sanctions that have been imposed on Russia, I think you’re making a gigantic mistake, but that’s your decision to make,’ ” Biden said.

He noted that the call was “not to threaten” the Chinese president but to warn about the repercussions of breaking the sanctions.

“Thus far, there’s no indication they’ve put forward weapons or other things that Russia has wanted,” Biden said of China.

Russia has come under a raft of sanctions from the US and its Western allies after President Vladimir Putin launched an offensive against Ukraine on February 24.

The ongoing war, and the subsequent blockade on Ukraine’s Black Sea ports, have endangered the world food supply by preventing Ukraine from shipping its agricultural products.