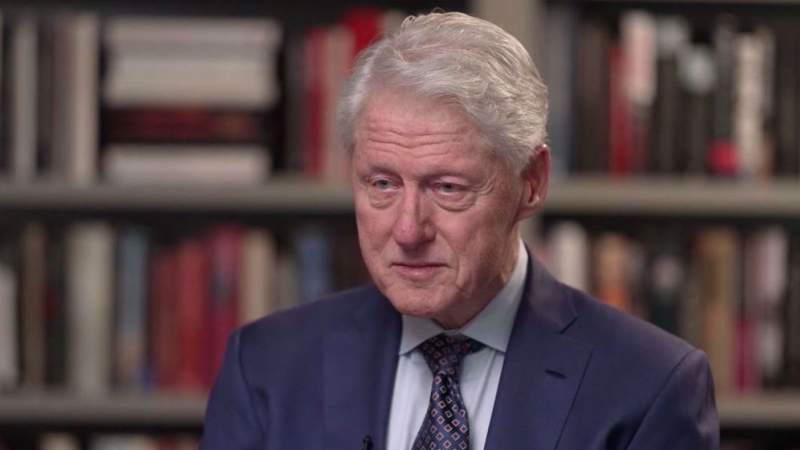 News - World: Former US President Bill Clinton has revealed that he offered Russia a special partnership with NATO, as well as “the prospect of eventual membership” in the Western military alliance.

American political analyst and writer Daniel Patrick Welch commented on Clinton’s statement, saying he “was an abomination who accelerated the aggression of the collective West against Russia.”

As the scope of NATO's Ukraine disaster emerges, Clinton seeks to deflect blame. He argued that NATO’s expansion during his presidency is not to blame for Russia’s war with Ukraine.

“You’re wrong,” Clinton said when asked to respond to critics during an appearance on CNN’s “Fareed Zakaria GPS.”

The Clinton administration attempted to integrate Central and Eastern European countries following the Cold War. The Czech Republic, Hungary and Poland joined NATO in 1999, toward the end of his second term.

“When I did what I did, I offered Russia not only a special partnership with NATO, but the prospect of eventual membership in NATO, arguing that our biggest security problems in the future were going to come from non-state actors or from authoritarian states selling chemical, biological and nuclear capacity to terrorist groups,” Clinton said.

The expansion of NATO came in the years following the collapse of the Soviet Union in 1991. Seven more Eastern European countries, including the Baltic states of Estonia, Latvia and Lithuania, joined NATO in 2004.

“You’re supposed to tell the Poles they should live for the rest of eternity with the insecurity that Russia won’t try to come after them again?” asked Clinton. “Or the Hungarians or all the others, the Baltic states?”

Analyst: Clinton accelerated the aggression of collective West against Russia

Welch said, “Wow. This really does take the cake. Maybe Clinton is just senile enough to get another turn in the Oval Office chair.”

“Imagine how this sounds to Russians (and any other humans with a brain or an ounce of respect for history): The architect of Boris Yeltsin's drunken tenure and the Author of Dayton tries to rewrite history,” stated.

“No, really, we were trying to include the Russians and spare them from the terrorists our own government was unleashing on them in Chechnya,” he added.

“No, really. By obliterating their allies and dismantling Yugoslavia, the Americans were actually signaling their desire for a closer friendship with Russia,” he said.

“By carving out a fake country and converting it to the largest NATO base in the world, the US was paradoxically trying to help Russia,” he noted sarcastically.

“Enough of this ahistorical nonsense. Clinton was an abomination who accelerated the aggression of the collective West against Russia by an order of magnitude. How dare he try to edit his bloodstained resume. Maybe he's high? I guess he really did inhale,” he concluded.

Clinton said Russian President Vladimir Putin made clear that Nikita Khrushchev, the former leader of the Soviet Union, did a “terrible job” when he ceded Crimea to Ukraine.

“President Putin made no secret of the fact that he thought the dissolution of the Soviet Union was a great tragedy in world history,” said Clinton.

Crimea voted in 2014 to break off from Ukraine and join Russia. Crimea is a peninsula located in the south of Ukraine.

Crimea declared independence from Ukraine on March 17, 2014 and formally applied to become part of Russia following a referendum a day earlier.

Four days later, Putin, who calls Crimea a “holy land” and “sacred place” for his country, signed into law documents that officially made the Black Sea peninsula part of the Russian territory.

Moscow defends Crimea’s reunification with Russia as legitimate, saying more than 90 percent of the people in the Black Sea peninsula voted in favor of rejoining the country in the 2014 vote.

Refusing to recognize the referendum’s results, the United States and the European Union backed Ukraine in branding the reunification as the annexation of the Ukrainian land by Russia. Moscow strongly rejects the allegation.

In siding with Ukraine, the EU also followed Washington’s lead in imposing several rounds of sanctions against the Kremlin.

US President Joe Biden has long been pushing Europe to take a stance against Russia. Experts, however, say his domestic struggles at home may impede his ability to lead the European Union against Moscow.

Biden placed an embargo on Russian oil earlier this year, shortly after Putin declared a military campaign against Ukraine on February 24.

“I think we did the right thing at the right time,” Clinton told host Fareed Zakaria. “And if we hadn’t done it, this crisis might have occurred even sooner.”