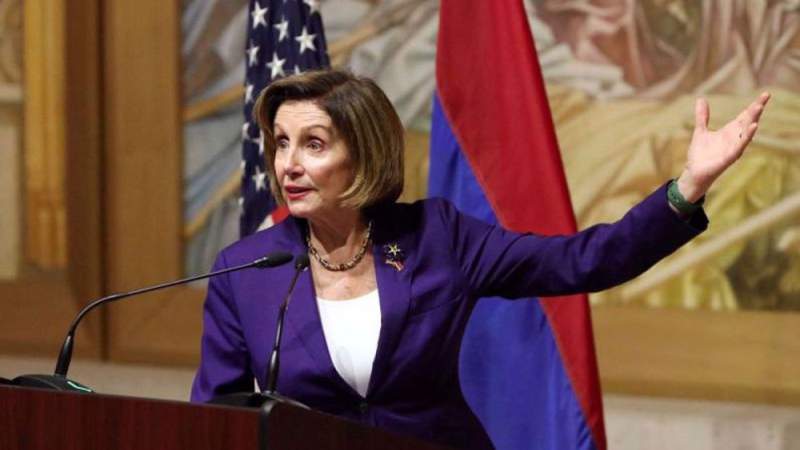 News - World: Azerbaijan has denounced US House Speaker Nancy Pelosi's "unsubstantiated and unfair" remarks on the country's latest border conflict with the neighboring Armenia as a blow to peace efforts.

“We strongly condemn those attacks -- on behalf of Congress -- which threaten (the) prospects of the much-needed peace agreement,” she told a press conference in the Armenian capital, Yerevan.

On the second day of her three-day visit to Armenia, Pelosi said Armenia is particularly important to the US.

Her provocative comments infuriated Baku, prompting the Foreign Ministry to respond with anger later in the day.

“The unsubstantiated and unfair accusations leveled by Pelosi against Azerbaijan are unacceptable," the ministry said, adding, “Pelosi is known as a pro-Armenian politician.”

“This is a serious blow to the efforts to normalize relations between Armenia and Azerbaijan,” it said, condemning Pelosi’s remarks as “Armenian propaganda.”

The latest conflict erupted at midnight September 13, minutes after a ceasefire agreement between the two countries came into force.

Armenia accused Azerbaijan of firing in the direction of the southern Armenian towns of Goris, Kapan, and Jermuk with the help of drones. Azerbaijan rejected the claim, saying its forces were carrying out countermeasures in retaliation for “large-scale Armenian provocation.”

The new border conflict has so far claimed the lives of more than 200 people.

On Sunday, Azerbaijan repeated its position that the deadly conflict was the result of “a large-scale military provocation” by Armenia, a narrative strongly rejected by Yerevan.

“Currently, the ceasefire is being observed and the escalation of the situation has been prevented,” the statement by the Azeri Foreign Ministry said.

It also accused Pelosi of attempting to cater to Armenian-Americans ahead of the US midterm elections.

“It is unacceptable to transfer the domestic political intrigues on the US agenda and lobbying interests to the South Caucasus region through Armenia,” the Azeri ministry said, adding, “Such unilateral steps and baseless statements serve not to strengthen the fragile peace in the region, but, on the contrary, to escalate tensions.”

Shortly after the recent clashes, the Armenian Security Council asked for military help from Moscow, which is obligated under the treaty to defend Armenia in the event of foreign invasion.

Russia is currently heavily engaged in a military conflict with Ukraine.

The September 13 fighting was the most recent flare-up in tensions between the two estranged neighbors since thousands were killed in a 44-day war over the disputed territory of Nagorno-Karabakh that ended in November 2020. The deadly conflict, which claimed over 65,000 lives on both sides, ended with a Russian-brokered ceasefire, but tensions continued.

After the bloody fighting, Azeri troops regained control over swathes of Nagorno-Karabakh, which had been controlled since the 1990s by ethnic Armenians.