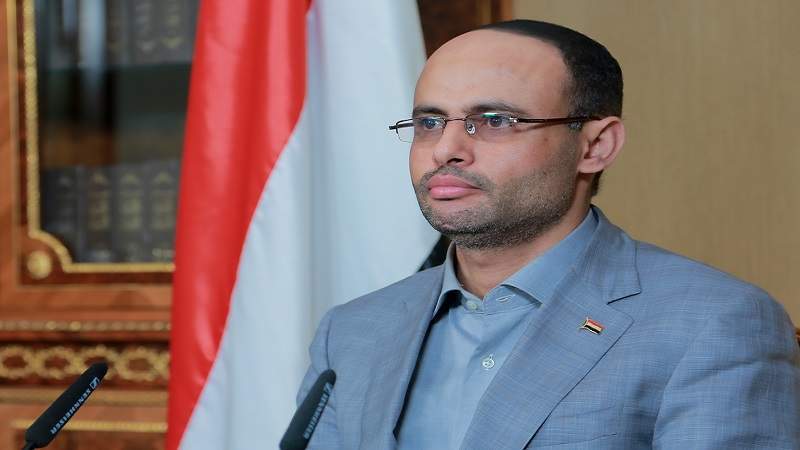 In his speech , Wednesday, President Al-Mashat praised the celebrations of Yemeni people, congratulating the Leader of the Revolution and Armed Forces on the 8 anniversary of the Sep. 21 Revolution. He explained that former regime resorted to calling an aggression and siege against our country and our people.

He also called on the pro-aggression party to completely end relationship with the aggression.

He pointed out that international community's behavior never helps build confidence and achieve peace.
Regard the prisoners' issue, President Al-Mashat called for working to achieve the required and encouraging progress in the exchange of release of prisoners and bodies and the detection of the missing, stressing National party's full readiness to immediately enter the implementation of this humanitarian step on the basis of all for all.