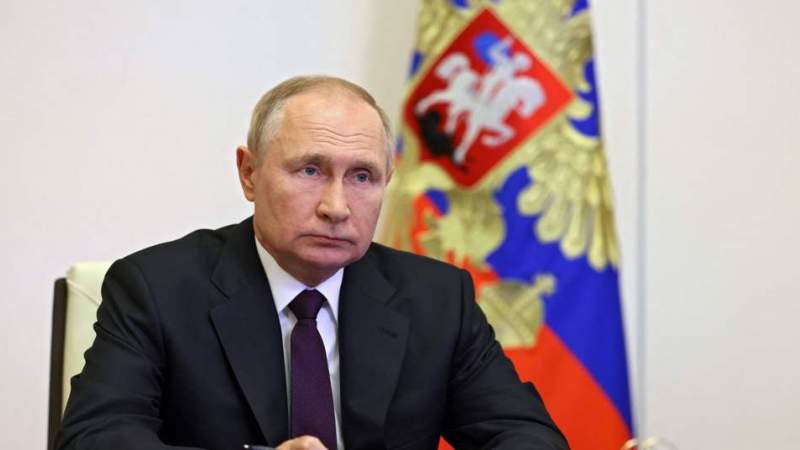 News – World: The United States had denounced as “irresponsible” a recent warning by Russian President Vladimir Putin that his country is prepared to use any means necessary to protect its territorial integrity, while the former commander of the US Army in Europe warned Washington will retaliate harshly if Russia uses nuclear weapons in Ukraine.

White House spokesman John Kirby said in an interview with ABC News on Wednesday, “We always have to take this kind of rhetoric seriously,” and then slammed Putin’s reference to the possible use of nuclear weapons, adding that “it’s irresponsible rhetoric for a nuclear power to talk that way.”

The spokesman said the US was monitoring the situation “as best we can” but added there has been no indication that Russia has shifted its strategic posture.

Kirby warned that there would be “severe consequences” for Russia in the case that it does decide to deploy nuclear weapons.

The former commander of the US Army in Europe warned the United States will retaliate harshly if Russia uses nuclear weapons in Ukraine.

The US could destroy Russia’s Crimea-based Black Sea Fleet or its bases on the peninsula if the country resorts to using nuclear weapons in Ukraine Ben Hodges said in an interview with the Daily Mail on Wednesday.

Hodges described the possibility of the Russian leader ordering the deployment of nukes as “very unlikely.”

Putin will not do so because “he knows the US will have to respond if Russia uses a nuclear weapon,” he claimed.

“The US response may not be nuclear… but could very well be a devastating strike that could, for example, destroy the Black Sea Fleet or destroy Russian bases in Crimea,” said Hodges, who was in charge of the US forces in Europe between 2014 and 2018.

“So, I think President Putin and those around him will be reluctant to draw the US into the conflict directly.”

The comments were made in response to Putin’s address on Wednesday, in which he said Russia is fighting “the entire Western military machine” in Ukraine, citing the lavish military aid in lethal aid and intelligence provided to Kiev by the US, UK, EU and others.

“If the territorial integrity of our nation is threatened, we will certainly use all the means that we have to defend Russia and our people,” he warned.

This comes after the Russian leader announced a partial mobilization in Russia, claiming that his country is now fighting “the entire Western military machine” in Ukraine.

US President Joe Biden has warned Putin against thoughts of using nuclear weapons in Ukraine, adding that it would “change the face of war unlike anything since WWII.”

Biden said on Friday Moscow would become a global pariah if it uses weapons of mass destruction on the former Soviet state.

In an interview with a US media outlet, Biden was asked what his message to Putin would be if he felt the best way to operate in Ukraine was to use nuclear or chemical weapons against Kiev's forces.

The US president replied "don't, don't, don't", and adding that such a decision would "change the face of war unlike anything since World War Two".

If Russia launches a nuclear or chemical attack on Ukraine, it would “become more of a pariah in the world than they ever have been,” and America’s response would depend “on the extent of what they do,” Biden said in the interview with CBS News.

In response to Biden's warning, Putin's spokesman Dmitry Peskov gave reporters this short answer on Saturday, "Read the doctrine. Everything is written there," RIA Novosti reported.

The Russian nuclear doctrine allows the country to use nukes in two conditions. First, when "Russia  or its ally [is under attack] with the use of mass destruction weapons," and second, "when the very existence of the state is under threat."

In the meantime, Russian nuclear forces remain on high alert.

However, Russia's Defense Minister Sergey Shoigu gave an assurance last month that from the military standpoint Russia has "no need" to use nuclear weapons in Ukraine.