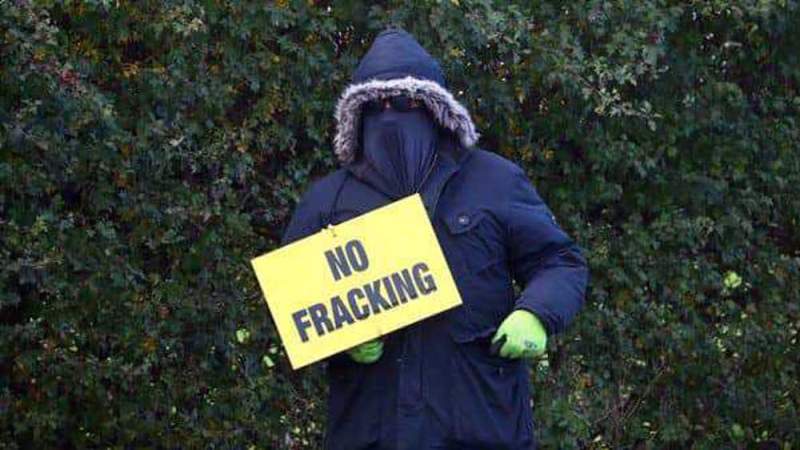 News - World: The UK government has lifted a ban on fracking for shale gas that has been in place since 2019, trying to supply the domestic energy needs in the face of skyrocketing energy bills nationwide.

Business and Energy Secretary Jacob Rees-Mogg defended the new cabinet’s decision on Thursday and said all sources of energy are needed to be explored to increase domestic production.

“So it's right that we’ve lifted the pause to realize any potential sources of domestic gas,” Rees-Mogg said. “Strengthening our energy security is an absolute priority.”

The UK and most of the other European countries are grappling with an energy crisis in the wake of imposing sanctions against energy-giant Russia over the war in Ukraine.

Fracking was banned in 2019 after the industry regulator warned it was not possible to predict the magnitude of earthquakes it might trigger. Fracking is carried out through breaking up the rocks.

The government’s new plan on lifting the moratorium has been opposed by environmental groups and some local communities, with the opposition parties warning that the upcoming measures could saddle Britons with debt for decades.

Labour leader Sir Keir Starmer said earlier that the move would force taxpayers to “foot the bill,” while the SNP’s Ian Blackford depicted the plan as a decades-long “Truss tax.”

Economists believe the plan is likely to add more than 100 billion pounds to Britain's debt pile, with Deutsche Bank estimating the energy price offset plus potential tax cuts could together cost 179 billion pounds.

Energy experts say restarting the fracking industry is useless and will do nothing to ease the surging energy prices this winter.

“Even if the risks proved to be manageable and acceptable, shale gas would only make a significant impact to UK supply if, over the next decade, thousands of successful wells were to be drilled,” said Andrew Aplin, Honorary Professor at Durham University.

A report by the British Geological Survey (BGS) said since little fracking had taken place in the country, it “remains challenging” to estimate the seismic impact it could have.

After the recurrence of the largest tremor in 2011 with the magnitude of 2.3, the government introduced a traffic-light system which suspended work if the practice caused a 0.5 magnitude earthquake or higher.

The BGS review also said limited exploration to date meant that the understanding of the risks was incomplete.

The Department for Business, Energy and Industrial Strategy (BEIS) was at pains to acknowledge the findings of the review and said in a statement, “The review recognized that we have limited current understanding of UK geology and onshore shale resources, and the challenges of modeling geological activity in relatively complex geology sometimes found in UK shale locations.”

Truss is trying to alleviate the economic pressure worsened by the energy prices on the regular people.