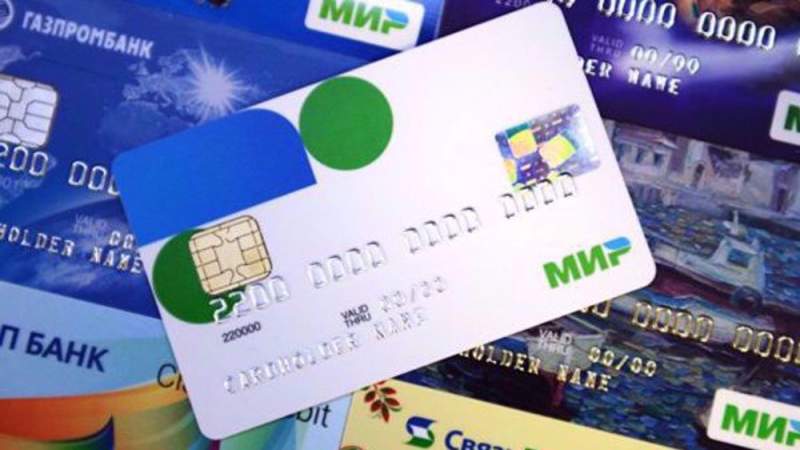 On Wednesday, Turkish broadcaster NTV reported there were no banks left in Turkey that accept MIR transactions.

The three banks are said to still process the outstanding payments, but they have set a future date for pulling out.

Weeks of growing pressure from the United States culminated in Turkey limiting its financial relations with Russia.

Last week, the US Treasury warned that Turkish banks working with MIR bank cards "risk supporting Russia's efforts to evade US sanctions" and could themselves face economic penalties.

MIR cards offer millions of Russians vacationing in Turkey each year a way to access their rubles and pay for everything from restaurants to hotels. It was not clear from when Russians would no longer be able to access their cards in Turkey.

More than half of Russia’s population is estimated to have a MIR card, which Russia began developing in 2015 to bypass Western sanctions.

Russia established MIR, which means both “peace” and “world” in Russian, in 2017 as an alternative to international financial services like Visa and Mastercard.

Countries such as Cuba and South Korea have joined the payment service while MIR cards work in several former Soviet republics as well as in Turkey. The United Arab Emirates is said to be also planning to join MIR.

The Kremlin’s spokesman Dmitry Peskov has criticized Washington for pressuring the Turkish banks to stop processing MIR bank card payments. “It's clear that banks and economic operators are under the strongest possible pressure from the United States and they are threatened with secondary sanctions on the banking system. And this decision, of course, was made under this unprecedented pressure.”

On September 23, Turkish President Recep Tayyip Erdogan chaired a meeting that officially focused on looking at "alternatives" to the Russian cards.

Erdogan has to date not joined the West in imposing sanctions against Moscow over Russia’s operation in Ukraine.

Since late February, bilateral trade between Russia and Turkey has been a source of growing concern in Washington.
The value of trade between the two rose by more than 50 percent. Turkey has also agreed to pay for a quarter of its Russian natural gas imports in rubles.

A range of economic agreements with Russia have helped prop up the ailing economy in the run-up to the 2023 elections in which President Erdogan will struggle to extend his two-decade grip on power.