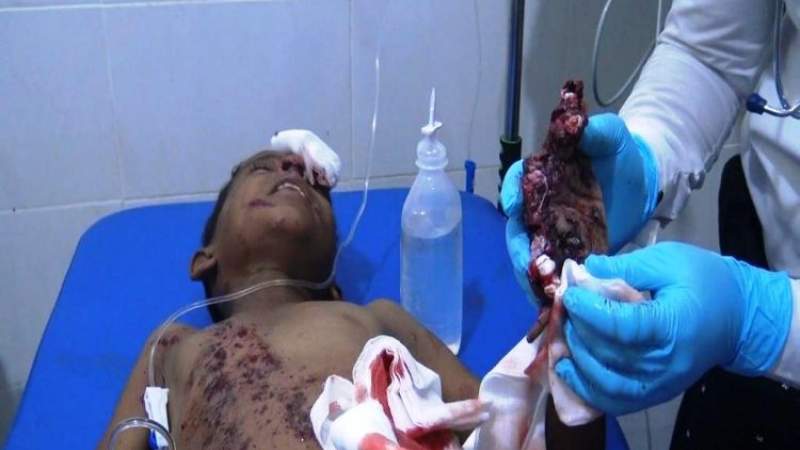 News - Yemen: The bombs and remnants of US-Saudi weapons continue to claim the lives of civilians in various parts of Yemen amid UN silence and disregard by international organizations.

A security source in Hodeidah Governorate announced on Saturday the killing of a civilian and the injury of two others as a result of the explosion of a device of aggression remnants north of Al-Tuhayta district.

On September 24, the Mines Center in Sana'a announced that 115 children had been injured by aggression's remnants in Al-Jawf since the start of the truce.

The Director of the Mine Center Brigadier General Ali Safra stated that Al-Jawf occupies the second place after Hodeidah, which is contaminated with the remnants of aggression, including mines and cluster bombs. He held the United Nations responsible for the continued casualties of the remnants of war due to its ignoring the necessity of entering mine detection materials.

During August, the Executive Center for Mine Action revealed that 53 civilians were victims of mines, cluster bombs and remnants of war.

According to the statistics of the Executive Center for Mine Action during May, the number of civilian casualties due to mines and the remnants of coalition weapons reached 27, between dead and wounded.

During March, the Center recorded 42 casualties in various governorates, including 220 casualties in Hodeidah since the withdrawal of the aggression forces in November last year.