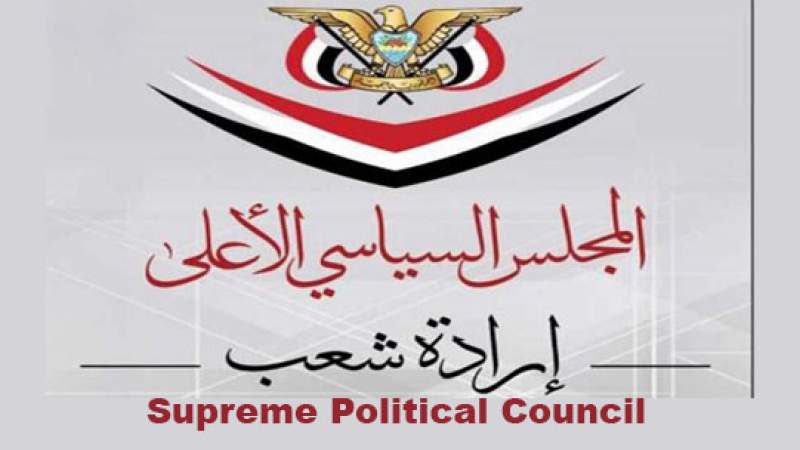 News - Yemen: Yemen's Supreme Political Council, in its meeting on Sunday, headed by President Mahdi Al-Mashat, reviewed the latest developments regarding the ongoing negotiations on the truce.

The Council members briefed the President on the details of the proposals submitted and the obstructions carried out by the Saudi-backed side so that there are no clear commitments towards the humanitarian issue related to salaries and the opening of airports and ports.

The Council approved the broad outlines and basic points regarding the next stage, based on the steps announced by Sana'a and directed by the President on Saturday. It also defined the various tasks required of all the competent authorities.

The Council affirmed that it is studying various options to deal with the new phase imposed by US-Saudi aggression and its mercenaries. It noted that it will not allow the truce to turn into a goal that it was just a means to reach a final agreement.

The Council denounced the UN reluctance, presenting a paper that does not meet the Yemeni people's demands and does not establish the peace process. It stressed that the Yemeni people can extract their rights from the revenues of their oil and gas wealth that are looted by the aggression and its mercenaries.

It called on everyone to be fully prepared to deal with any situation as a result of the obstructions carried out by the coalition of aggression.

Yemen's National Delegation on Saturday made it clear that since the start of the truce, despite the delay, the National team was keen not to miss any opportunity that could lead to peace.

It stated that the National Team was dealing with restraint towards the US-Saudi violations to give more time to international deliberations and efforts.

It stressed that Sana'a did not have any special agenda other than Yemen's interest, human and legal rights.

It pointed out that the National Party accepted the first and second extension in hope of any sense of responsibility or understanding on the part of the US-Saudi Aggression and its mercenaries.

"During the six months of the truce, there was not any seriousness to address the humanitarian issue as an urgent priority," it added. "The US-Saudi aggression bet on the economic card, the continuation of the siege is clear after all their other aggressive plans have failed."

The National Delegation held the US-Saudi aggression responsible for reaching a dead end as a result of their intransigence and their disavowal of measures that alleviate the suffering of the Yemeni people.

President Mahdi Al-Mashat had a call on Saturday with the Ministry of Defense and the General Staff, informing them of the latest developments regarding the UN-sponsored truce extension.

The Armed Forces expressed their readiness for the directives of the leadership, stressing that they will be on the side of the Yemeni people in obtaining their legitimate rights.