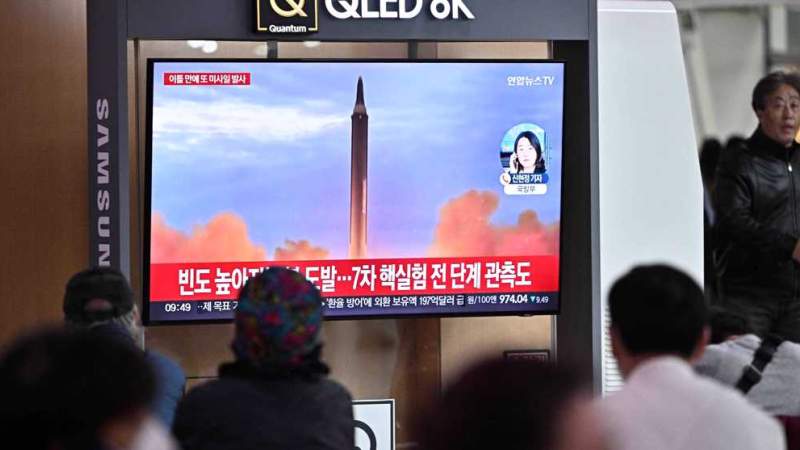 News - World: North Korea has fired two short-range ballistic missiles towards its east coast after the US repositioned an aircraft carrier in the waters off the Korean peninsula.

The missiles were fired on Thursday in the direction of Japan, South Korea's Joint Chiefs of Staff and the Japanese government reported.

The launch came right after the USS Ronald Reagan and its accompanying strike group were redeployed to the waters off the Korean Peninsula.

The launch also followed rare missile drills by South Korea and the US east of North Korea.

Pyongyang considers such drills to be rehearsals for an invasion on its territory.

The Thursday missile launch was the North's sixth in 12 days.

"This is the sixth time in the short period just counting the ones from the end of September," Japanese Prime Minister Fumio Kishida told reporters. "This absolutely cannot be tolerated," he added.

The missile fell into the Pacific Ocean after flying "over and past" the Japanese territory, prompting a warning for the area's residents to take cover and a temporary suspension of train operations there.

"North Korea has relentlessly and unilaterally escalated its provocation especially since the beginning of this year," Hamada told reporters.

US President Joe Biden’s predecessor, Donald Trump, took unprecedented steps towards apparently fraternizing the North by initiating several rounds of dialog with it, and even walking a number of steps into the country alongside North Korea's ruler Kim Jong-un.

However, Washington blew what Pyongyang called a “golden opportunity” at mending the situation by insisting too much on the North’s denuclearization. The emphasis prompted Pyongyang to discredit all the steps that had been taken by Trump as not being genuine and go back to its fiery discourse towards Washington.