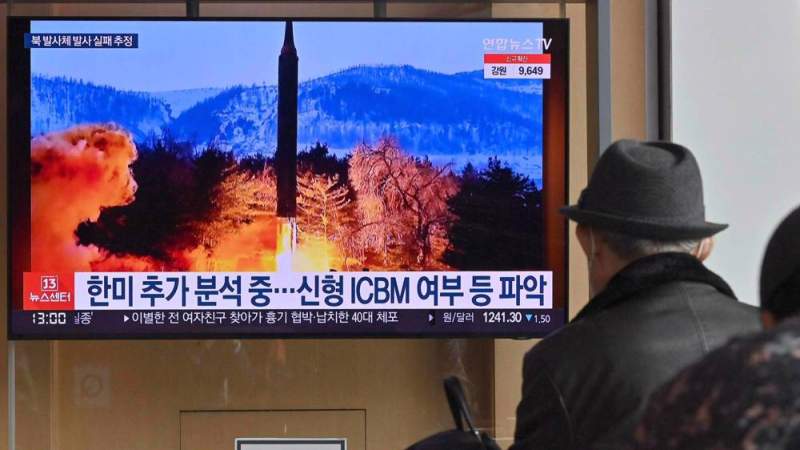 The launches came on Sunday -- the seventh to take place in a matter of two weeks, Japanese authorities reported.

The first missile was fired at around 1:47 a.m. local time (1647 GMT) and the second one some six minutes later. The missiles were fired toward the East Sea, also known as the Sea of Japan, and fell outside Japan's exclusive economic zone, Reuters citing Japanese officials as saying.

According to the Japanese minister, the officials who were trying to pinpoint the type of the missiles did not ruled out that the projectiles could be submarine-launched ballistic missiles.

Meanwhile, the South Korean military's Joint Chiefs of Staff announced that the launches came from the southeast of the country, without giving further details.

South Korea's statement said the latest missile launches by the North took place from the Muncheon area on North Korea's east coast, describing the launches as a "serious provocation" that harms peace.

The most serious of the flurry of missile launches by the North took place early Tuesday, when Pyongyang fired an intermediate-range ballistic missile (IRBM) over Japan. The missile fell into the Pacific Ocean after flying "over and past" the Japanese territory, prompting a warning for the area's residents to take cover and a temporary suspension of train operations there.

Earlier on Saturday, North Korea defended its missile tests as legitimate defense against military threats posed to the country by the United States.

"The missile test launch by the DPRK (Democratic People's Republic of Korea) is a regular and planned self-defensive step for defending the country's security and the regional peace from the US direct military threats that have lasted for more than half a century," the North's civil aviation agency said on Saturday.