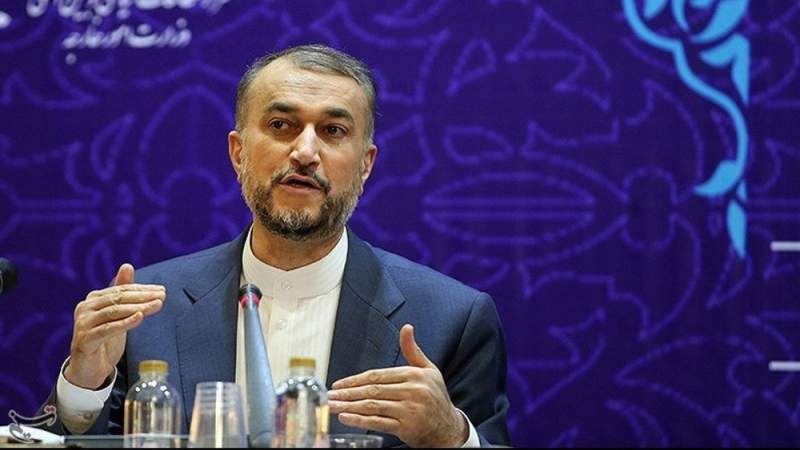 News - World: Iran's Foreign Minister Hossein Amir-Abdollahian has warned that Tehran will take reciprocal action if the European Union (EU) imposes any restrictive measures against the Islamic Republic over the recent riots in the country.

In a tweet, Amir-Abdollahian said he relayed the warning during a phone conversation with his French counterpart Catherine Colonna

The top Iranian diplomat said that both sides  agreed that “mutual respect and benefit override relations,” and that “violence and terror should be confronted.”

“I objected to Europe's interference in our internal affairs,” he said, stressing that Iran will reciprocate if EU restrictive measures applied.”

Protests erupted over the death of the 22-year-old Iranian woman, who fainted at a police station and was pronounced dead at a Tehran hospital on September 16, first in her native province of Kordestan and later in several cities, including the capital Tehran.

Immediately after Amini’s death, Iran’s President Ebrahim Raeisi ordered a thorough investigation into the case and an official report published on Friday said her death had been caused by an illness rather than alleged blows to the head or other vital body organs.

What started as peaceful protests took a violent turn after unruly protesters fatally attacked policemen and indulged in vandalism against public property in several cities.

On Thursday, the European Parliament adopted a resolution with regard to recent riots in Iran, calling on the EU officials to impose sanctions against Iranian officials who have been involved in an alleged crackdown on protests.

Iran’s Foreign Ministry condemned the resolution as “meddlesome” and “baseless,” vowing to give an “appropriate” response to the imposition of any restrictive measures against Iranian people.

The Iranian Foreign Ministry has already summoned Frances’s chargé d'affaires to Tehran to protest meddlesome measures by the French government in Iran’s domestic affairs and its stance about riots instigated by counterrevolutionary elements across the country.

The Islamic Republic has also summoned the British and Norwegian ambassadors as well as the charge d’affaires of Sweden to voice the country’s protest at the respected governments’ stances about recent riots in Iran and their failure to protect the Iranian embassies.