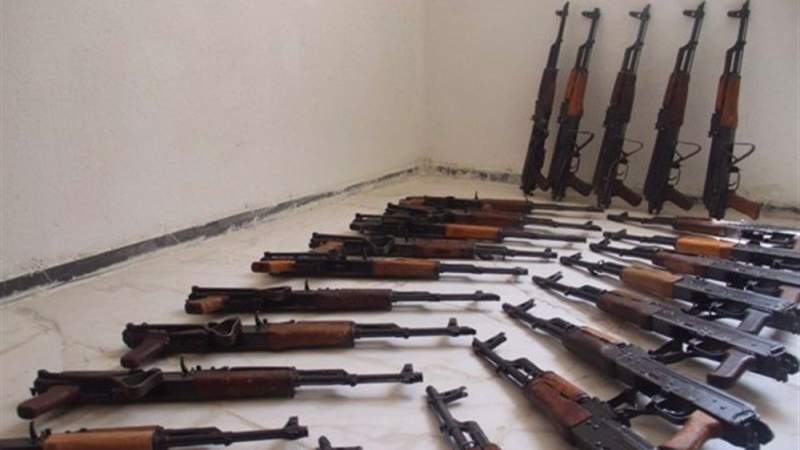 In a statement on Wednesday, IRGC's Hamzeh Seyyed al-Shohada base said the gang was intercepted by the IRGC forces as it was looking to smuggle arms into the country from the northwestern border.

Nine Heckler & Koch G3 rifles and a large cache of ammunition were seized from their possession, according to the statement.

By providing arms to terrorists and separatist agents inside Iran, the statement noted, the enemy aimed to “disrupt public security,” disseminate fake news about riots and death toll and use the issue for political gains.

The raid on the arms smuggling group comes as terrorist groups have in recent weeks ramped up their activities to undermine the security of the country by hijacking ongoing protests over the death of Mahsa Amini to foment unrest and chaos.

Protests over the death of Amini erupted first in her native province of Kordestan and later in several cities, including the capital. Amini fainted at a police station and was pronounced dead days later on September 16 at a Tehran hospital.

Although Iranian President Ebrahim Raeisi immediately ordered a thorough investigation into the case, the protests soon turned violent, with rioters fatally attacking policemen and indulging in vandalism against public property in several cities.

The foreign-backed violent riots have also claimed dozens of lives from both security forces and ordinary people as the Western media and Persian-language news networks continue to induce riots in Iran.

An official report on Friday by Iran’s Legal Medicine Organization said that Amini's controversial death was caused by an illness rather than alleged blows to the head or other vital body organs.

The Iranian Intelligence Ministry said in a statement on September 30 that it foiled a plot by terrorists to detonate explosives among people that was aimed at fueling the deadly riots and creating more unrest.

In response to hostile moves of terrorist groups to ignite riots and unrest in Iran’s western border cities, the IRGC started pounding their bases in Iraqi Kurdistan on September 24.

Iranian military commanders have urged Iraq’s semi-autonomous Kurdistan region to dismantle bases of the terrorist groups that sow sedition against the Islamic Republic of Iran, vowing that the operation will continue until the groups based in northern Iraqi regions are completely disarmed.

Meanwhile, Iran’s Interior Minister Ahmad Vahidi said on Tuesday that riots are “planned, supported, and led by separatist terror groups,” including the so-called Komala Party, Kurdistan Democratic Party (KDP), and Party of Free Life of Kurdistan, also known as PJAK, which have a history of cooperation with the Zionist regime and were once hired by the Western countries and Iraqi President Saddam Hussein as mercenaries.

The US, the Zionist regime and separatist terror groups are definitely happy with the riots in Iran and these acts against the national interest, the minister said.