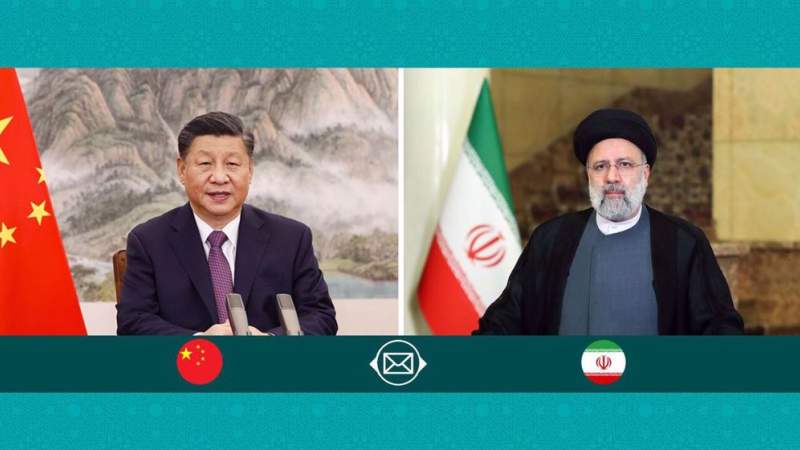 News - World: Iranian President Sayyed Ebrahim Raeisi has reiterated that Tehran is resolute to expand all-out relations with Beijing in light of "mutual respect and interests" between the two countries.

Raeisi made the remarks in a congratulatory message to his Chinese counterpart Xi Jinping on Monday, as he secured a historic third term as leader of China.

"Accomplishing the objectives of comprehensive strategic partnership between Iran and China provides a model for the all-out expansion of relations based on mutual interests and respects," the Iranian president said.

"Cooperating within the framework of organizations and multilateral entities, not only serves both countries' interests but also helps preserve international peace and stability," he added.

On Sunday, Xi, the 69 -year-old leader who took power in 2012, was named as the general secretary of the Communist Party of China.

China’s Communist Party concluded its week-long gathering at the National Congress in the capital Beijing by approving amendments to its charter and endorsing Xi’s “core” leadership.

The gathering of around 2,300 delegates wrapped up at the Great Hall of the People, with the Communist Party of China unanimously passing a resolution on changes and securing a historic third term as the country’s leader for another five years.

Having been unveiled as the ruling party’s general secretary on Sunday, Xi is expected to sail through to a third term as China's president, which is due to be announced during the government's annual legislative sessions in March