President Xi: China Willing to Work with US to ‘Find Ways to Get Along’ 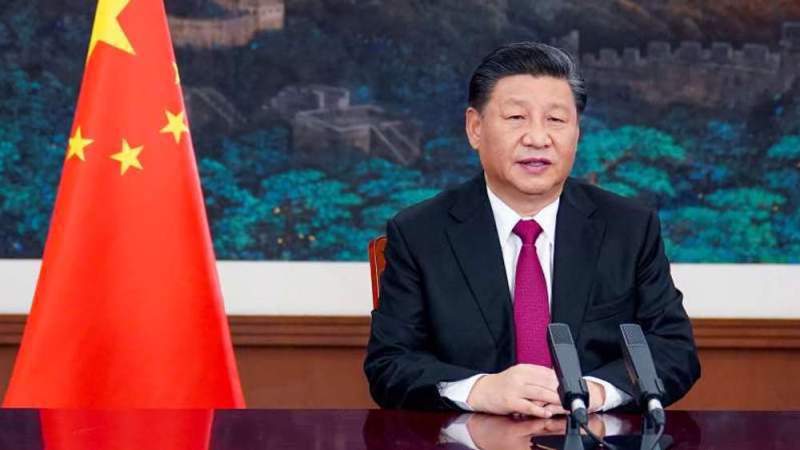 News - World: Chinese President Xi Jinping says his country is willing to work with the United States to "find ways to get along," despite a new strategy by Washington to take on Beijing in full force.

The Chinese leader said on Wednesday that such cooperation would help safeguard world peace and development, warning that, "The world today is neither peaceful nor tranquil."

According to the Chinese state broadcaster CCTV on Thursday, Xi made the comments in a congratulatory letter to the National Committee on US-China Relations, a New York-based non-profit organization.

"As major powers, strengthening communication and cooperation between China and the US will help to increase global stability and certainty, and promote world peace and development," the Chinese president added, four days after he began a precedent-breaking third term in office.

China is "willing to work with the US to give mutual respect, coexist peacefully... (and) find ways to get along in the new era," Xi added. He stressed that doing so "will not only be good for both countries, but also benefit the world."

Relations between China and the US have been strained in recent years over a host of issues, including technology, security, Chinese Taipei, and human rights. Most recently, the United States has bristled at China's reaction to the Russian invasion of Ukraine, which Washington says is not strong enough. Beijing has called for an end to the fighting multiple times.

Xi and his American counterpart, Joe Biden, are likely to meet at the G-20 summit in Indonesia next month.

Earlier this month, the White House, in its National Security Strategy (NSS), said that China is the only competitor to the United States "with both the intent to reshape the international order and, increasingly, the economic, diplomatic, military and technological power to advance that objective."

China's Communist Party concluded a week-long gathering at the National Congress in Beijing on Sunday by approving amendments to its charter and endorsing Xi's "core" leadership, naming him China's president for another five years.