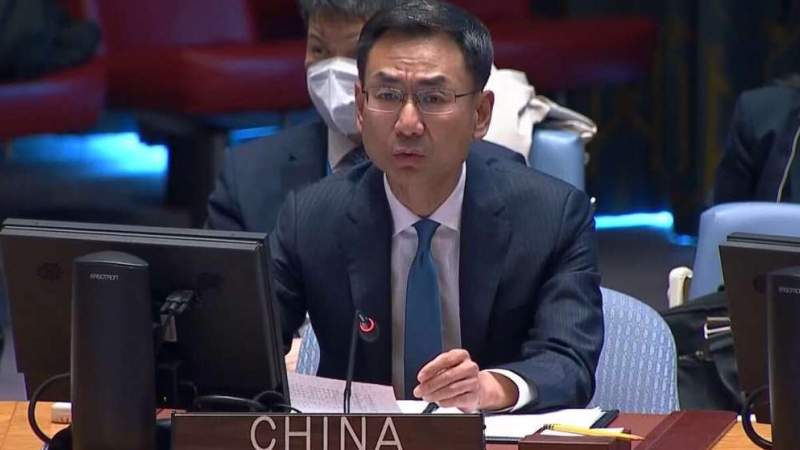 News - World: The Chinese envoy to the United Nations says Beijing is "gravely concerned" about the allegations made by Russia that the United States is conducting bio-military activities in Ukraine, calling on the international community to pay "full attention" to the issue.

"Russia has repeatedly launched allegations to the UN Security Council that the United States is suspected of conducting bio-military activities in Ukraine. China is gravely concerned," China's Deputy Representative to the UN Geng Shuang told the Security Council on Wednesday.

"We believe that any evidence of clues related to compliance with the convention [on biological weapons] should receive full attention from the international community and deserves thorough and to-the-point responses and clarifications by the party concerned," the Chinese envoy said.

He said that Beijing believed that a fair and transparent investigation by the UNSC could effectively address compliance concerns and help uphold the authority and effectiveness of the convention.

Russia submitted a draft resolution plus a 310-page document to the Security Council last week, urging members to vote for launching an investigative committee to probe Moscow's allegations that Washington is developing biological weapons in Ukraine outside the framework of the convention against the use of biological weapons.

On Wednesday, the Security Council rejected the draft resolution, with Russia and China casting the only votes in favor of an investigation. The US, France, and Britain, which have veto powers, voted against it. All the 10 non-permanent members of the UNSC abstained.

Russia alleged that the US has biological warfare labs in Ukraine soon after it began a military offensive against Ukraine. Both Washington and Kiev rejected the allegation.