US Military Nuclear Commander Warns America Is Falling Behind China 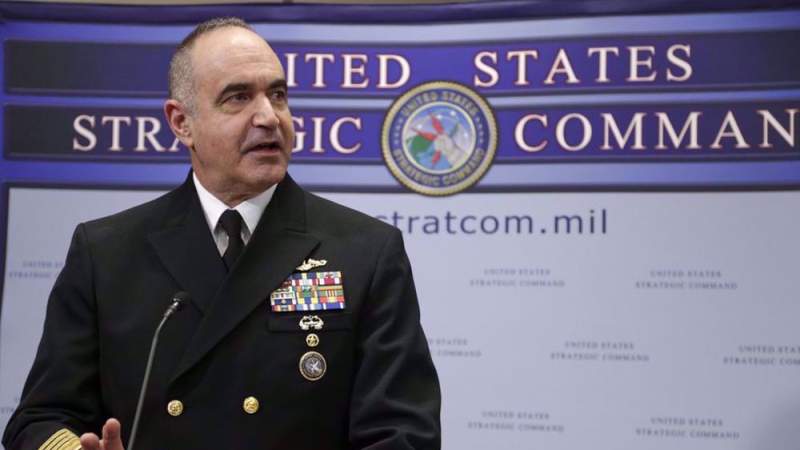 News - World: A senior American military commander who oversees the US nuclear weapons program has called on the United States to significantly upgrade its military capabilities, warning that China is developing nuclear weapons faster than the US.

Navy Admiral Charles A. Richard, the commander of US Strategic Command, said that China's nuclear threat was a 'near-term problem,” the Daily Mail of Britain reported on Saturday.

“As I assess our level of deterrence against China, the ship is slowly sinking,” Richard warned, addressing the Naval Submarine League's annual gathering in Arlington, Virginia.

“It is sinking slowly, but it is sinking, as fundamentally they are putting capability in the field faster than we are,” he added.

The commander said the US military was burdened by red tape, slow to react, and in danger of being spectacularly outspent and outmaneuvered by its adversaries.

“And that is a very near-term problem,” he continued.

Richard said that the US required regaining the dynamism and can-do spirit of the 1950s and 60s.

“This Ukraine crisis that we're in right now, this is just the warmup,” he said.

“The big one is coming. And it isn't going to be very long before we're going to get tested in ways that we haven't been tested a long time,” he warned.

China has reportedly accelerated the expansion of its nuclear arsenal due to a change in the country’s assessment of the threat posed by the US.

This is while the US Defense Department estimated in a 2020 report to Congress that China's operational nuclear warhead stockpile was in "the low 200s," adding that it was projected to at least double in size as Beijing expanded and modernized its forces.

The Wall Street Journal reported in April -- quoting sources familiar with the Chinese leadership’s thinking -- that Chinese leaders see a stronger nuclear arsenal as a way to deter the US from getting directly involved in a potential conflict over Chinese Taipei, which has been a scene of confrontation between the two sides.

Meanwhile, Russia has slammed US nuclear policy, warning that Washington's behavior on the world stage risks direct conflict between the nuclear states Moscow says Washington's reckless disregard for the security and interests of other countries contributes to an increase in nuclear risks.

The Russian President, Vladimir Putin, has accused the US of trying to prolong the conflict in Ukraine and provoking confrontations across the world. Putin asserts that one such attempt was the recent visit by US House Speaker, Nancy Pelosi, to Taiwan.

President Putin believes the trip was part of what he asserts is a purposeful, conscious, strategy to destabilize the region. The Russian president called the visit a brazen demonstration of disrespect for the sovereignty of other countries. He also said Western countries are seeking to create a NATO-like military bloc in the Asia Pacific.

The Russian president also has said that Moscow values its ties with countries in Latin America, Asia, and Africa, and is ready to offer modern weapons to its allies. Putin said in February that his nation's nuclear forces should be put on high alert as US moves have raised fears of a nuclear war.

The US and Russia remain the world’s largest holders and developers of nuclear weapons, followed by Britain, France, China, India, Pakistan, North Korea and the Israeli regime, which has not declared its possession of nuclear warheads but does not deny having them. The regime does not allow any international inspection of its nuclear facilities either.