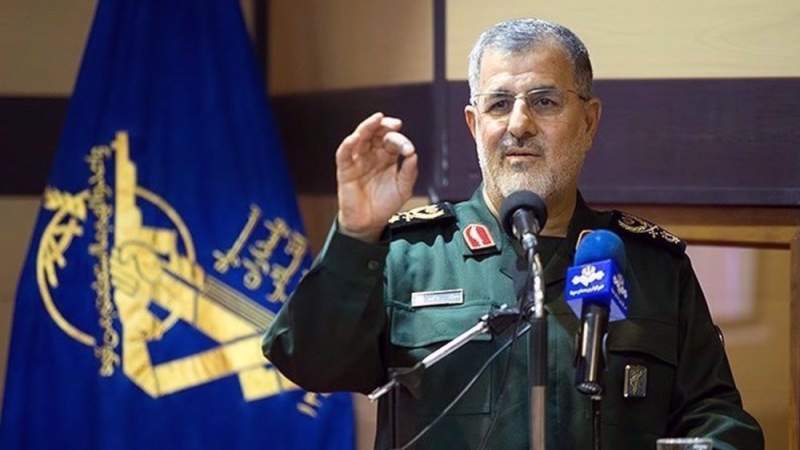 News - Middle East: A top commander of the Islamic Revolution Guards Corps (IRGC) warns of enemies' plots to create chaos in the southeastern province of Sistan and Baluchestan, urging vigilance in the face of such efforts.

Addressing a group of senior Shia and Sunni clerics and elders of Sistan and Baluchestan on Thursday, Brigadier General Mohammad Pakpour, commander of the IRGC’s Ground Force, said the enemies would commit every crime and carry out whatever move to disrupt security and create chaos in the province.

He added that unity among Shia and Sunni clerics would restore peace to the province and thwart enemies' plots to hinder progress and development by spreading insecurity.

"The enemy resorts to every measure at its disposal to create chaos in Sistan and Baluchestan," the IRGC commander said, urging the province's clerics, elders and people to remain vigilant.

Pakpour also emphasized that any plan to disintegrate the province would fail because people there attach paramount importance to the Iranian soil.

"We do not want blood of any innocent person to be shed because we are all the family of the Islamic Republic of Iran. However, we will deal decisively with those who disrupt people's security," he said.

The IRGC commander also warned of efforts on social media to portray an untrue image of Sistan and Baluchestan, calling on the elders to be vigilant and prevent the youths from being deceived by enemies.

Zahedan is the capital of Sistan and Baluchestan province which is home to Iran's Baloch minority.

Last month, the terrorists torched a fire engine, an emergency station, and a bank there, but according to authorities, their attempts to trigger an ethnic sedition in the region fell flat thanks to the timely presence of security forces.

The attacks, claimed by the so-called Jaish al-Adl terrorist group, left at least 19 people, including police officers, dead and 20 others injured.

Sistan and Baluchestan – which borders Pakistan – has witnessed several terror attacks targeting both civilians and security forces in recent years.

Terrorist groups carrying out attacks against Iranian interests in southeastern and southwestern parts of the country have known links to a number of repressive regimes in the Persian Gulf region.

Iran's security forces have invariably protected the border areas and managed to repel almost all terrorist attacks by foreign-backed anti-revolution elements across the country.