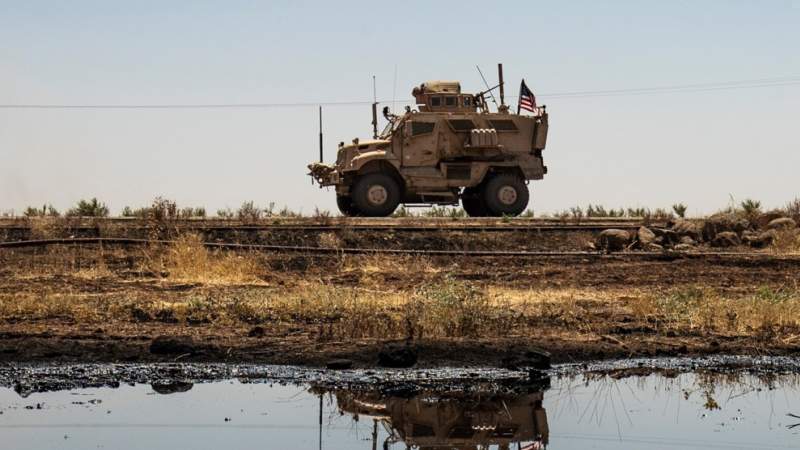 News - World: The US military, in cooperation with allied Takfiri militants, has reportedly used dozens of tanker trucks to smuggle crude oil from Syria’s northeastern province of Hasakah to bases in neighboring Iraq, where American forces and trainers are stationed.

Syria’s official news agency SANA, citing local sources in al-Ya'rubiyah town, reported that a convoy of 76 tankers, laden with oil from the energy-rich Jazira region, left Syria through the illegal Mahmoudiya border crossing on Monday, and headed towards Iraqi territories.

SANA noted that the convoy was escorted by US-sponsored and Kurdish-led militants affiliated with the so-called Syrian Democratic Forces (SDF).

The US military has for long stationed its forces and equipment in northeastern Syria, with the Pentagon claiming that the deployment is aimed at preventing the oilfields in the area from falling into the hands of Daesh terrorists.

Damascus, however, maintains the deployment is meant to plunder the country’s natural resources. Former US president Donald Trump admitted on several occasions that American forces were in the Arab country for its oil wealth.

On September 21, China called on the United States to stop plundering Syria’s national resources and respect the sovereignty and territorial integrity of the Arab country.

Wang said, “this is not the first time that the United States military has stolen oil from Syria and they seem to be becoming more and more uncontrollable.”

The Chinese spokesman also said the US government has a duty to investigate robberies committed by intervening military forces, as well as to compensate for the damages caused.