Israeli Settlers Beat up, Injure Palestinian Child in Al-Khalil Amid New Round of Raid 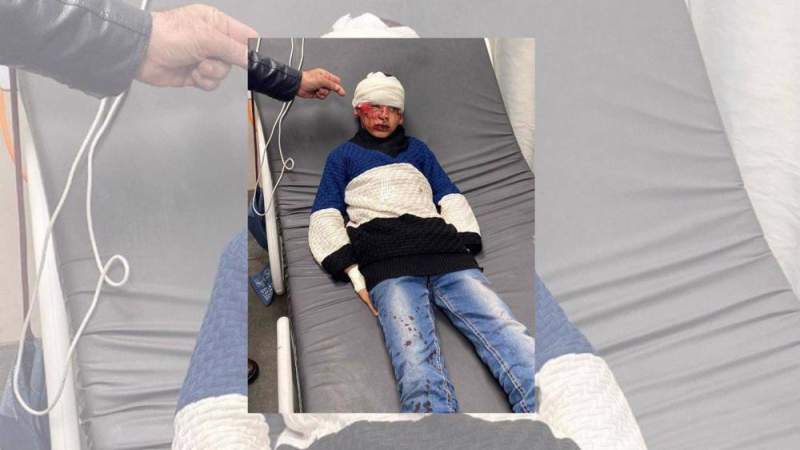 News - Middle East: A group of Israeli settlers have viciously attacked a Palestinian child in the southern part of the occupied West Bank and inflicted serious injuries after severely beating him up.

The official Palestinian news agency WAFA, citing Palestinian security sources, reported that the settlers assaulted the minor, identified as Yazan al-Rajbi, near the illegal settlement of Kiryat Arba on the outskirts of al-Khalil (Hebron), on Sunday evening, inflicting various cuts and bruises to his face. He had to be transferred to a nearby hospital for medical treatment.

Local activist Ahmad Ghazal told WAFA that Israeli soldiers beat up the pair, identified as Raghad and Dina Abiyyat, aged 13 and 14 respectively, under the pretext that the girls were present on land that falls under Israeli sovereignty.

Israeli settlers are pressing ahead with their acts of vandalism and violence, known as price tag attacks, against Palestinians and their property as well as Muslim holy sites.

More than 600,000 Israelis live in over 230 settlements built since the 1967 Israeli occupation of the West Bank and East al-Quds.

Palestinians want the West Bank as part of a future independent state with East al-Quds as its capital.

According to human rights groups, acts of violence by Israeli settlers against Palestinians and their property are a daily occurrence throughout the occupied West Bank.

Clashes also broke out between Palestinians and Israeli military forces in Jabel Mukaber neighborhood of southern East al-Quds, after the troops stormed the area and fired rubber-coated metal bullets as well as tear gas canisters. No injuries were reported.

A local official said the event had been organized by the town’s municipality in condemnation of the Israeli regime’s settlements expansion activities, and frequent settler attacks against Palestinian farmers.