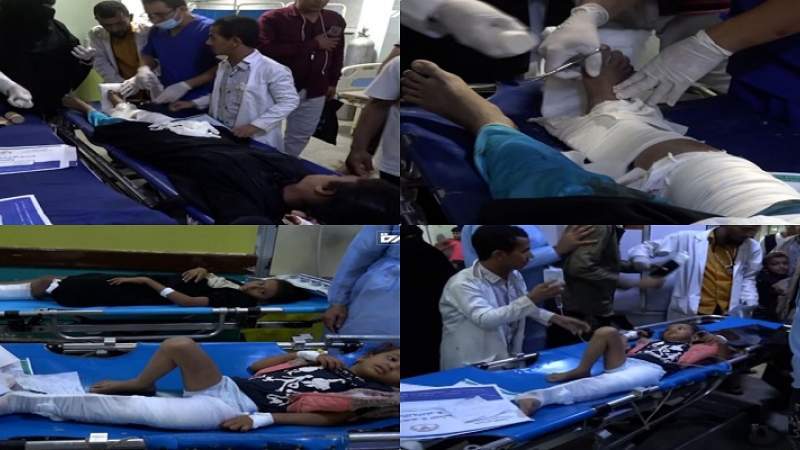 News - Yemen: Eye of Humanity Center for Rights and Development denounced the crime of the US-Saudi aggression, which resulted in the injury of 12 people, including six children, by the remnants of the aggression in Hodeidah.

It also considered this crime in accordance with the international humanitarian legal description included in the four Geneva Conventions and the two annexed protocols as war crimes.

The Center called for the formation of an international commission of inquiry into the crimes committed by the US-Saudi aggression and its mercenaries against innocent civilians.

It condemned the silence of the international community and international bodies and organizations regarding what the US-Saudi aggression and its mercenaries are doing against the Yemenis.