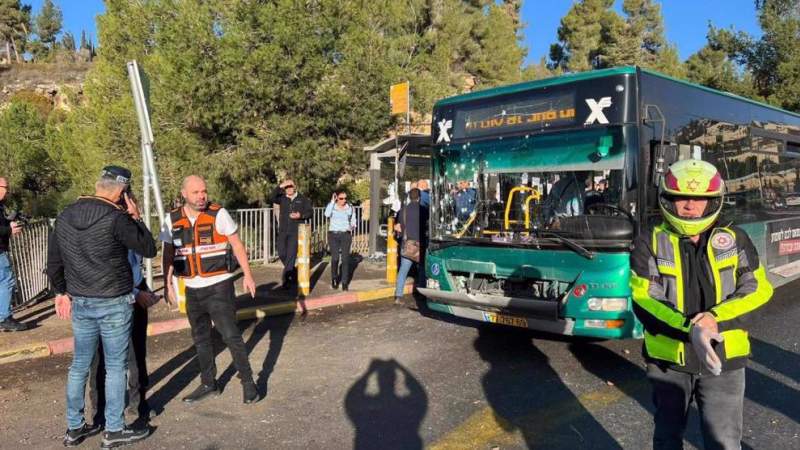 News - Middle East: Two separate explosions have rocked two bus stations at the entrance of occupied al-Quds, killing at least one Israeli and wounding several others.

According to initial reports released by Palestinian media, the explosions occurred on Shaari Street in occupied al-Quds on Wednesday morning.

The Jerusalem Post said one Israeli died and 18 others were injured, a number of whom are in critical condition.

The first explosion occurred near the Central Bus Station close to the main entrance of al-Quds at 7 a.m. local time and a second blast hit shortly after 7:30 a.m. at the Ramot junction, another entrance to the Israeli-occupied city.

Television footage showed debris around the blast scene, which was cordoned off by emergency services.

Police have not yet responded to reports that the first explosion was caused by explosives placed in a nearby bag. Investigations are underway.

Also, Israeli media quoted the police as saying that the second explosion took place on a bus that was empty in the nearby neighborhood of Ramot, with several suffering small wounds due to shrapnel.

Police noted they had closed off the Route 1 highway following the first blast.

‘A natural response to Israeli occupation’

Reacting to the blasts, media spokesperson of the Palestinian Islamic Jihad resistance movement, Tarek Ezz El-Din, said the development comes in the context of a natural response to the Israeli occupation and its terror and criminal practices against the defenseless Palestinian people.

Ezz El-Din added that the explosions are a clear message to the Israeli apartheid leaders that their criminal policies will fail to protect the regime or its settlers in the face of the Palestinian resistance.

“All (Israeli) Judaization operations, incursions into sanctities, and attacks on our people in al-Quds, al-Khalil, Jenin, and Nablus will not go unpunished,” Ezz El-Din emphasized.

Meanwhile, the spokesman of the Palestinian Hamas resistance movement, Muhammad Hamadeh, reiterated “the Palestinian people are determined to teach the occupation multiple lessons in response to the violent acts it has been taking against the al-Aqsa Mosque.”

He asserted that the Palestinian people have chosen to take action to defend themselves in face of Israeli aggressions.

“The Hamas movement blesses has said its word to the occupation; our people are steadfast and adhere to the choice of resistance,” he said.

Similarly, the Palestinian Liberation Organization hailed the two operations and said they come in the context of a firm and normal response in face of Israeli occupation of Palestinian lands and terrorism against Palestinians.

In a statement it released following the operations, the PLO said "The crimes of the (Israeli) occupation, the terror of its settlers, the desecration of the land and the people, the Judaization of al-Quds, the execution of (Palestinian) citizens, the intimidation of the people, and other aggressive measures all aim at intimidating our people and discouraging them from continuing their struggle and resistance."

The statement underlined that such an apartheid regime and occupation can only be confronted through resistance.

Another Intifada in the offing?

Some analysts say such bombing attacks are very unusual and haven’t taken place for several years. It has the characteristics of the operations that happened during the second Palestinian Intifada against Israeli occupation two decades ago.

Israeli Knesset Member Itmar Ben Gvir was reported by Hebrew media as saying “the two explosions returned us back” the Intifada era.

The Second Intifada broke out in September 2000 following a visit by Israel’s then leader Ariel Sharon to Haram al-Sharif or Temple Mount in al-Quds, in a move that was denounced by Palestinians as highly provocative. The uprising ended in February 2005 following a truce between the Israelis and the Palestinians.

The occupied territories have been the scene of heightened tensions between the Israelis and the Palestinians.

During the past few months, Israeli forces have stepped up overnight raids and killings against Palestinians, mainly in the West Bank cities of Jenin and Nablus, where new groups of Palestinian resistance fighters have been formed.

At least 190 Palestinians have been killed by Israeli forces in the illegally occupied West Bank and besieged Gaza Strip since the beginning of 2022, according to the Palestinian health ministry.