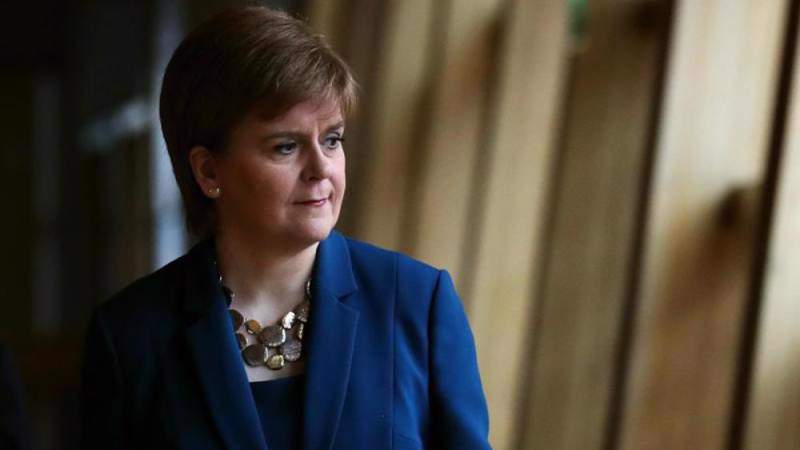 News - World: The Supreme Court of the United Kingdom (UKSC) has unanimously rejected a bid by Scotland’s government to hold a fresh referendum on independence, saying Edinburgh cannot do it without Westminster’s consent.

On Wednesday, the UKSC’s President Lord Reed ruled that the Scottish Parliament did not have the power to legislate on matters reserved to the British Parliament, including the Union, unanimously rejecting the bid by the Scottish National Party (SNP) to force such a vote in October 2023.

“A lawfully-held referendum would have important political consequences in relation to the Union and the United Kingdom Parliament," he said.

At the end of the summary of the court’s judgment, Reed said the “proposed bill has more than a loose or consequential connection with the reserved matters of the Union of Scotland and England and the sovereignty of the United Kingdom parliament.”

Following broadcast remarks by Reed, First Minister of Scotland and Leader of the SNP Nicola Sturgeon said in a speech she was disappointed by the decision but respected and accepted it, trying to frame the ruling as another pillar in the argument for secession.

“A law that doesn’t allow Scotland to choose our own future without Westminster consent exposes as myth any notion of the UK as a voluntary partnership & makes (a) case” for independence,” Sturgeon tweeted.

“Scottish democracy will not be denied. Today’s ruling blocks one route to Scotland’s voice being heard on independence – but in a democracy our voice cannot and will not be silenced,” she said.

Sturgeon said the UKSC had not commented on whether there was a democratic mandate for a plebiscite, which she called “undeniable.”

Scotland last held a referendum on independence, with Westminster’s approval, in September 2014, when voters decided to remain in the UK by 55 percent to 45 percent, rejecting the prospect of independence.

The SNP leader at Westminster, Ian Blackford, asked the British prime minister, Rishi Sunak, ‘what right does a man with no mandate have to deny Scottish democracy?’ in prime minister’s questions on Wednesday.

In response, Sunak told the Commons: "When it comes to Scottish democracy, I'm pleased that the Scottish Government has one of the most powerful devolved assemblies anywhere in the world.

SNP MPs have left the Commons after a bruising debate in which they fumed at the top court’s decision.

Back in July, then British Prime Minister Boris Johnson said the 2014 vote had been supposed to be a once-in-a-generation event, and another referendum was not a priority for Scottish voters concerned with the cost-of-living crisis, education and health standards, and lately the war in Ukraine.

Sturgeon, who has been Scotland’s first minister since November 2014, said in a letter to Johnson in June that her party was elected on a “clear promise to give the people of Scotland the choice of independence.”

A political union has had England and Scotland connected since 1707. However, many Scots have long been infuriated at what they consider a one-sided relationship dominated by England.

Historically, voters in Scotland have rejected the ruling Conservative Party at the ballot box and voted heavily, though in vain, against Brexit, intensifying arguments over the issue in the past decade.

For the past 23 years, there has been a devolved government in Scotland, meaning most of the decisions are made at the SNP-led Scottish Parliament in Holyrood, Edinburgh.