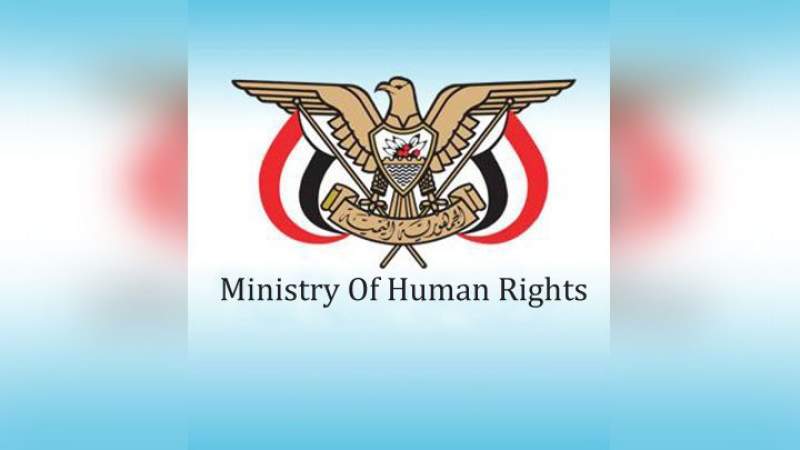 News - Yemen: Ministry of Human Rights denounced the fallacies of the United Nations envoy and his  in his last briefing to the Security Council on November 22.

UN envoy for Yemen Hans Grundberg claimed in his briefing on Tuesday that Ansarullah have carried out attacks against oil terminals and ports in Hadramawt and Shabwa governorates "with the aim of depriving the Government of Yemen of its main source of revenue from exporting oil."

“These attacks have significant economic repercussions. Attacks on oil infrastructure and threats to oil companies undermine the welfare of the entirety of the Yemeni people,” he claimed.

The Ministry of Human Rights stressed that Grundberg‘s briefing reveals the continuation of siding with the countries involved in aggression against Yemen.

"When the UN envoy talks about what he described as the recent attacks that have undermined the welfare of the Yemeni people, he is thereby misrepresenting the facts before local public opinion in the north and south,” the Ministry said in a statement on Thursday. “He is concealing the reality of the aggression's forces and tools plundering Yemen's wealth, on top of which are oil and gas revenues."

It noted that the Yemeni citizen does not touch his best wealth, whether in free zones or under the powers of invasion and occupation. “This Yemeni right goes to the balances and banks of the countries involved in aggression and mercenaries outside the country.”

The Ministry added that what the UN envoy mentioned in his briefing jumps outside the humanitarian obligations, foremost of which is the payment of salaries to all state sector employees, the continued flow of oil to the port of Hodeidah, and keeping the humanitarian issue outside the circle of politicization and conflict.

It emphasized that the UN envoy did not talk about the worsening human suffering as a result of the aggression's intransigence in settling the salary issue, nor about the abuses of fuel and food ships, nor about the continued casualties as a result of prohibited American bombs and mines. He rejected all calls for their removal and handling of their effects.

The Ministry of Human Rights indicated that the briefing of the UN envoy did not address the attacks committed by the aggression, which resulted in the death of dozens of civilians and the ongoing humanitarian violations in all fields during the period after the end of the truce.

It considered that the fallacies and positions of the envoy do not correspond with the interests of the Yemeni people, nor with the description of the worsening humanitarian reality as a result of the continuation of the blockade and the continuous obstacles placed by the countries involved in aggression in this regard.

It called on the UN and its envoy to support humanity and the agreements concluded in this regard, and to stop the policy of siding with the aggression and the state of diluting Yemeni human rights in general  under the table of politics and interests.

On Monday, Yemen's Armed Forces thwarted an attempt to loot crude oil from the port of Al-Dhabbah in Hadhramaut Governorate, used for smuggling by the US-Saudi aggression.

He pointed out that the message was after addressing the ship operators and informing it of the decision based on the Yemen laws in force and international laws. He pointed out that the ship was dealt "with cautionary measures through which the Yemeni Armed Forces were keen to preserve the safety and security of Yemen's infrastructure and the security of the ship and its crew."