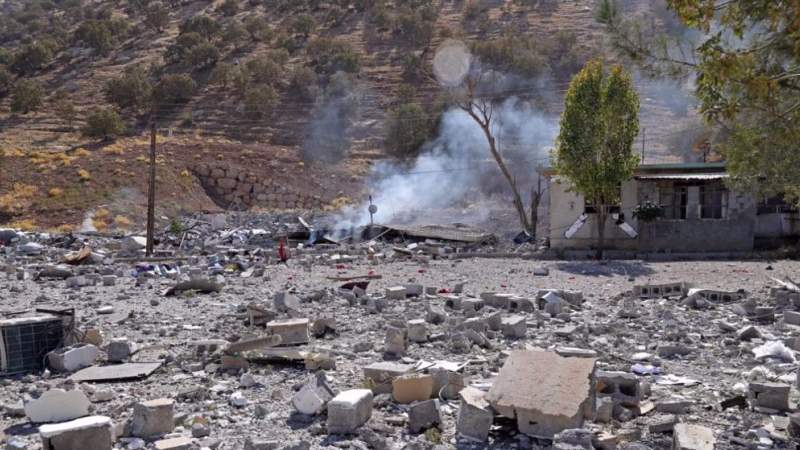 News - Middle East: Iran tells the United Nations that its operations against hostile separatist terror groups based in Iraq’s semi-autonomous Kurdistan region aim to defend the country’s national security, reaffirming the call for the central Iraqi government to shoulder its responsibility to maintain effective control over its entire territory and internationally-recognized borders.

“Iran has no choice but to exercise its inherent right to self-defense under international law in order to safeguard its national security and defend its people,” wrote the Islamic Republic’s mission to the UN in letters to members of the world body’s Security Council.

The country, it added, “has recently launched necessary and proportionate military operations against terrorist groups’ bases in the Iraqi Kurdistan region, which was meticulously planned and precisely targeted on terrorist locations.”

It added that Iran has for years been a target of terrorist groups based in the Iraqi Kurdistan Region, which have recently intensified their activities by illicitly transferring a huge quantity of weapons into Iran to arm their affiliates.

According to the letter, the terrorists’ operations resulted in a number of civilian casualties, vandalism, and destruction of public and private property.

It said Iran has shared “irrefutable evidence and credible information” with the central government in Iraq and authorities from the Kurdistan Region about the use of the Arab country's territory by terrorist and separatist groups to “plan, support, organize and carry out terrorist and subversive acts” against the Islamic Republic.

It noted that Iran has held several rounds of bilateral consultations and negotiations with officials from the Iraqi government and the authorities of the Iraqi Kurdistan Region, including a recent visit to Tehran last month by the advisor for Iraqi National Security.

During these talks, the letter said, Iran has requested the extradition of those who committed terrorist crimes and were convicted by Iranian courts, as well as the closure of the headquarters and training camps of such terrorist groups, and the disarming of their elements.

“Iran has also underlined the need of stationing Iraqi military forces along its borders. The Iraqi delegation agreed to the requests and also committed to developing a timeframe for completing the disarmament of such terrorist groups,” it emphasized.

The mission expressed regret that no effective measures have been taken so far to fulfill such agreements and said Iran has persistently stated its willingness to implement the aforesaid agreements, but to no avail.

The mission voiced Iran's unwavering commitment to address this issue with Iraq through bilateral mechanisms as a part of its ongoing fight against terrorism.

The foreign ministers of the two countries have emphasized “respect for the sovereignty and territorial integrity of Iraq, the need to combat terrorism in accordance with international obligations, and the importance of bilateral cooperation in addressing the challenges posed by terrorist activities,” it said.

“The Islamic Republic of Iran values highly the security and stability of Iraq and reiterates, once again, its commitment to the territorial integrity, unity, and sovereignty of the Republic of Iraq,” the letter pointed out.

Since September 24, the Islamic Revolution Guards Corps (IRGC) has frequently launched air raids against the positions of the terrorists, who are holed up in Iraqi Kurdistan seeking to ignite riots and unrest in Iran’s western border cities.

In an exclusive interview with Iran’s Arabic-language television news network al-Alam TV, Iran’s Ambassador to Baghdad Mohammad Kazem Alesadeq said the Islamic Republic has told Iraq’s central government and the Kurdistan Region that it is serious about its national security after a number of sensitive Iranian military centers have been targeted from the Kurdistan soil.