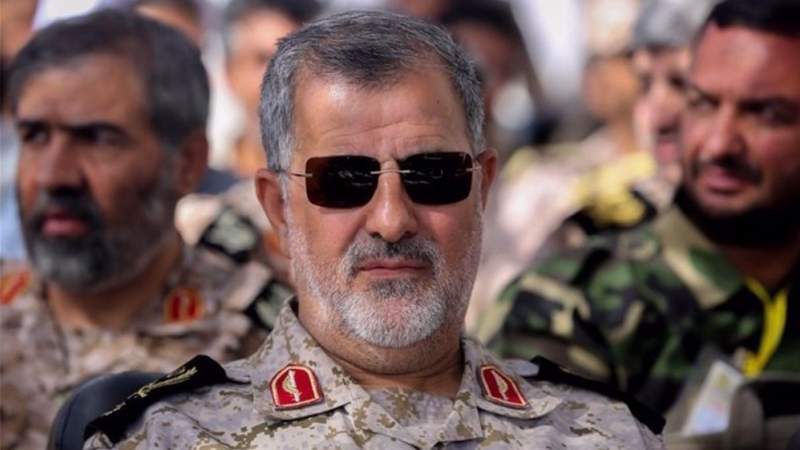 News - Middle East: The Islamic Revolution Guards Corps has sent reinforcements to Iran's riot-hit Kurdish areas in order to stop the infiltration of "terrorists" from neighboring Iraq, a senior commander said on Friday, as the fight against separatist groups continues.

Brigadier-General Mohammad Pakpour, Commander of the Islamic Revolution Guard Corps' Ground Forces announced the deployment of armored units and special forces of the National Security Forces in the western and northwestern border areas of the country.

"This movement of ground forces aims to strengthen the units located on the border and prevent the infiltration of terrorists affiliated with separatist groups operating in Iraq's northern region," he said.

According to Tasnim news agency, Pakpour, said “following the movements of the separatist anti-Iranian terrorist groups in the northwest of the country and causing a state of insecurity in some areas, the IRGC ground forces, by strengthening the internal forces in the border area of the western and northwestern provinces of the country and taking advantage of the cooperation of the zealous local people, will resolutely confront the factors causing insecurity in the region.”

Since September 24, Iran's Islamic Revolution Guards Corps (IRGC) has been launching raids against the positions of the terrorists, who are holed up in Iraqi Kurdistan.

During the last two months, these terrorist groups tried to incite insecurity and riots in the border cities by sending troops and equipment and carrying out terrorist operations, and some of their forces were also arrested.

The IRGC has, on at least several occasions, urged the central government in Iraq as well as the Kurdistan region to meet their commitments towards Iran and take necessary measures to make the common border between the countries secure.