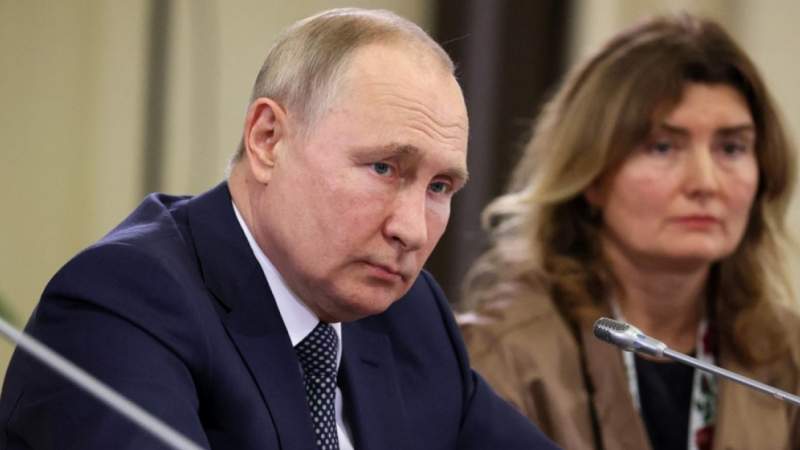 News - World: Russia's president accuses Ukraine of using its forces as "cannon fodder" amid Moscow's ongoing military operation in the ex-Soviet republic, saying those who refuse to fight for Kiev face dire consequences.

Vladimir Putin leveled the accusation against, what he called, Kiev's "neo-Nazi regime" on Friday, while addressing mothers of Russian servicemen, Russia Today reported.

Russia started the military campaign in its southern neighbor in February. It says it launched the operation in order to defend the pro-Russian population in the eastern Ukrainian regions of Luhansk and Donetsk against persecution by Kiev.

Ever since the beginning of the war, Kiev's allies, led by the United States and Britain, have been pumping Ukraine full of advanced weapons, a step that Russia says would only prolong the hostilities.

Putin said the operation was not aimed at the Ukrainian people, but rather against the Ukrainian regime and the foreign countries, which were using Ukraine as a proxy. "Those who supply Ukraine with weapons and fund the Kiev government have no consideration for Ukraine’s losses," the report said, citing the Russian head of state.

Elsewhere in his remarks, Putin said Ukraine would "execute" those who would defy Kiev's war orders.

"Our boys have seen this firsthand. The bodies of the executed are just left to lie there. Just recently there was another case – five people were shot right in front of the lineup, those who refused to go or left their positions," the Russian president said.

Russia, therefore, is doing the right thing by staging the military operation in favor of Ukraine's pro-Russian population, he concluded.

Separately on Friday, Ukraine's President Volodymyr Zelensky alleged that millions of people had been affected by power cuts across the country, that had been brought about by Russia's recent attacks against Ukraine's "energy infrastructure."

"As of this evening, blackouts continue in most regions [of Ukraine] and in Kiev. In total, more than six million subscribers," Zelensky said in his daily address.

He identified some of the affected regions as Odessa, Lviv, and Dnipro.

The number of the affected households had, however, been reduced "by half" since Wednesday, he noted.