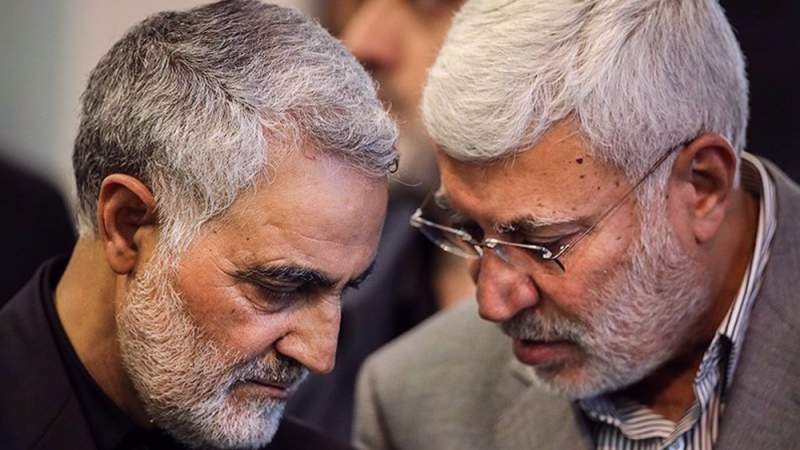 News - Middle East: A number of Iraqi citizens have filed a lawsuit against former US president, Donald Trump, former secretary of state, Mike Pompeo, former US ambassador to Baghdad and some previous Iraqi officials over the assassination of top Iranian anti-terror commander Lieutenant General Qassem Soleimani and his Iraqi trenchmate Abu Mahdi al-Muhandis in a drone strike near Baghdad airport more than two years ago.

On Sunday, a total of 78 plaintiffs took the legal action against former US Republican president, his top diplomat, former US ambassador to Baghdad Matthew H. Tueller, former Iraqi prime minister, Mustafa al-Kadhimi, and former director of the National Operations Center Dhia al-Musawi, registering their case at the Federal Court of Appeal in the capital Baghdad.

Among the complainants is Muhammad Hassan Jaafar, a brother of Muhandis.

Lieutenant General Qassem Soleimani, commander of the Quds Force of Iran’s Islamic Revolution Guards Corps (IRGC), Abu Mahdi al-Muhandis, the second-in-command of Iraq’s Popular Mobilization Units (PMU), and their companions were assassinated in a US drone strike authorized by Trump near Baghdad International Airport on January 3, 2020.

Two days after the attack, Iraqi lawmakers approved a bill that required the government to end the presence of all foreign military forces led by the US in the country.

Both commanders were highly revered across the Middle East because of their key role in fighting the Daesh Takfiri terrorist group in the region, particularly in Iraq and Syria.

On January 8, 2020, the IRGC targeted the US-run Ain al-Asad base in Iraq’s western province of Anbar with a wave of missile attacks in retaliation for the assassination of Lt. Gen. Soleimani.

According to the Pentagon, more than 100 American forces suffered “traumatic brain injuries” during the counterstrike on the base. The IRGC, however, says Washington uses the term to mask the number of the Americans who perished during the retaliation.

Iran has described the missile attack on Ain al-Assad as a “first slap.”