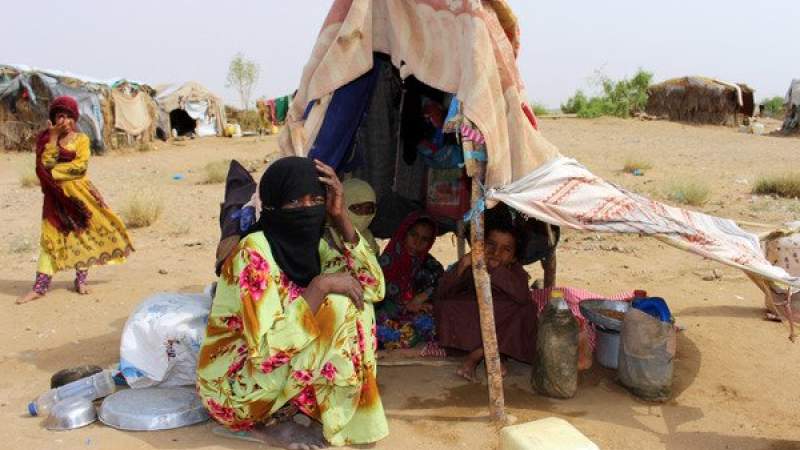 Yemen: The suffering of the displaced in Yemen has increased as a result of the war and the blockade imposed by the US-Saudi for nearly eight years. The number of displaced has exceeded more than five million people, according to the Supreme Council for Humanitarian Affairs in Sana'a.

The displaced suffer from a great shortage of food and the necessities of life, and their suffering has been exacerbated by the decision of international organizations to reduce humanitarian aid.

The Supreme Council for the Management and Coordination of Humanitarian Affairs and International Cooperation in Sana'a announced that the number of displaced people has increased to five million, 159 thousand and 560 displaced by the end of August 2022.

The report pointed out that 1,168,664 displaced individuals do not receive aid until now, despite the organizations' continuous calls to assume their role and responsibilities towards the displaced.

After nearly eight years of war and blockade imposed on Yemen, the suffering of the Yemeni people is increasing, which UN and international organizations describe as the largest and worst humanitarian crisis in the world, with millions of displaced people living on the brink of famine.