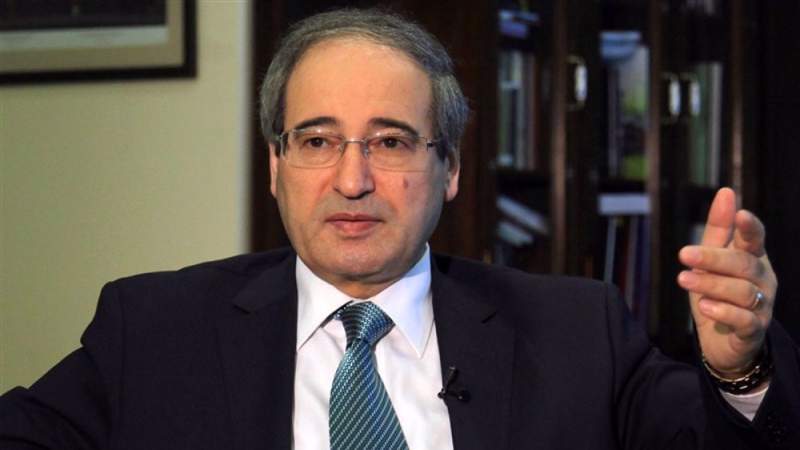 Syrian Foreign Minister Faisal al-Mekdad made the remark during a phone call with his Iranian counterpart Hossein Amir-Abdollahian on Monday.

"Syria affirms that such arbitrary, unacceptable decisions reflect a continuous method taken by Western states against independent countries in order to implement their destructive agendas in the developing countries," the official Syrian Arab News Agency (SANA) reported, citing the contents of the Syrian top diplomat's conversation with Amir-Abdollahian.

The conversation took place less than a week after the UNHRC convened a meeting at the request of Germany and Iceland in Geneva to discuss alleged human rights violations in Iran during the handling of recent foreign-backed riots in the country.

The inter-governmental body voted to establish an independent international fact-finding mission to investigate the purported abuses.

The Syrian foreign minister added that the resolution was passed through West's tremendous pressures on some member countries of the council, and represents a direct violation of the sovereignty of states and their right to follow policies that suit the history and traditions of their people.

Earlier on Monday, the Iranian Foreign Ministry summoned German Ambassador to Iran Hans-Udo Muzel, conveying to him Tehran's strong protest against the “interventionist and baseless statements” of German authorities to the ambassador.

Iran also denounced the passage of the resolution at the UN Human Rights Council as a wrong measure based on a completely politicized and instrumental approach to human rights.

Also on Monday, Iran’s Foreign Ministry spokesperson said Tehran will not cooperate with the so-called fact-finding mission created following the adoption of UNHRC resolution to probe claims of human rights abuses during the recent riots, stressing that Iran has already formed a national fact-finding committee to look into the events.

Nasser Kan’ani made the remarks at a press briefing in the Iranian capital of Tehran. He showed up with a chemical mask in the presser, which alluded to Germany's support for former Iraqi dictator Saddam Hussein during the 1980-1988 Iraqi imposed war on Iran and supply of chemical warfare by Berlin to the deposed Ba’ath regime.

Kan’ani noted that Iran, within the framework of its national responsibilities, has set up a national committee comprising of experts, lawyers, official and non-official representatives, is performing its national and general duties, and is undertaking in-depth investigations.