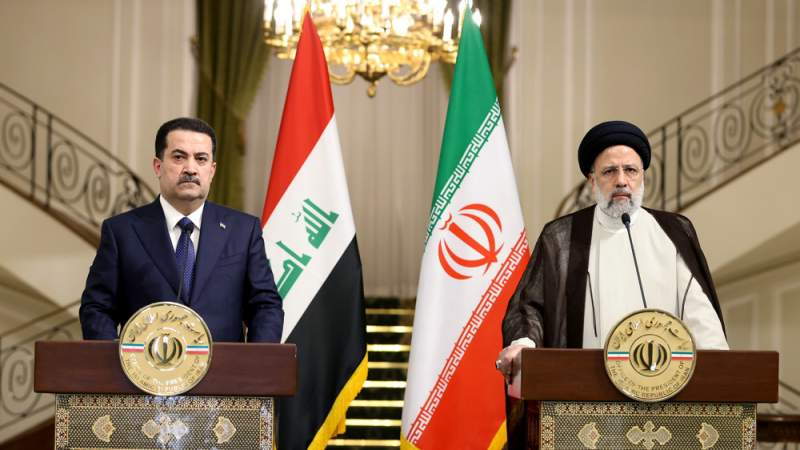 News - Middle East: Iranian President Ebrahim Raeisi says Iran and Iraq attach special significance to the promotion of peace and stability in the region, stressing that both states are firmly determined to fight the source of terrorism and regional insecurity.

The Iranian president made the remarks while speaking in a joint press conference with new Iraqi Prime Minister Mohammed Shia al-Sudani, who arrived in Tehran on Tuesday on his first visit at the head of a high-ranking politico-economic delegation.

"From the point of view of Iran and the Iraqi government, security, peace and stability in the region are very important and therefore, the fight against terrorist groups, organized crimes, drug trafficking and any [source of] insecurity that threatens the region is among [issues of] the agreements and common will of the two countries," Raeisi said.

He added that only the countries in the region should ensure regional security, stability and peace, stressing, "The presence of foreign forces in the region does not bring in security at all but it is a problem in addition to our problems."

As the US presence in Afghanistan and Iraq has failed to promote security, it would also fail to result in any outcome in other parts of the region, the Iranian chief executive said, emphasizing, "Their [American forces] withdrawal from the region can greatly definitely contribute to the security of the region."

Elsewhere in the presser, Raeisi said ties between Tehran and Baghdad are rooted in the two nations' beliefs and expressed hope the two sides would further expand cultural, political, social and security cooperation.

"The presence of the Iraqi prime minister in the Islamic Republic of Iran is a turning point in the relations between the two countries and these negotiations can definitely be a major step towards improving ties," he added.

The Iranian president noted that economic, trade, monetary and banking issues as well as the export of electricity and gas are also on the agenda of the talks between the two sides' delegations.

Baghdad will not allow terrorists to use its soil to harm any country: Iraqi PM

The Iraqi prime minister said his country would not allow terrorist groups to use its soil to harm any country, particularly Iran.

Sudani added that the inseparable security of Iran and Iraq is complementary to each other and is a part of the regional security.

He said the Iraqi government is ready to establish a working mechanism with Iran to prevent any tension as it believes that dialogue and interaction are the best solution to the woes.

The prime minister hailed Iran's advisory presence in Iraq and its role in the battle against Daesh terrorists and stressed the importance of strengthening joint cooperation to fight terrorism and illicit drugs.

Since September, the Islamic Revolution Guards Corps (IRGC) has frequently launched air raids against the positions of the terrorists, who are holed up in Iraq’s Kurdistan region seeking to ignite riots and unrest in Iran’s western border cities.

Iran has, on countless occasions, warned the Iraqi Kurdistan’s local authorities that it will not tolerate the presence and activity of terrorist groups along its northwestern borders, saying the country will give a decisive response should those areas become a hub of anti-Islamic Republic terrorists.

In a phone call with his Iraqi counterpart, Fuad Hussein, earlier this month, Iran’s Foreign Minister Hossein Amir-Abdollahian urged the neighboring Iraq to stop threats posed to Tehran from the semi-autonomous Kurdistan region.

The top Iranian diplomat described security as a key element both at regional level and in bilateral relations, saying, "The Islamic Republic does not expect to be threatened from the Iraqi Kurdistan Region in view of the two countries' excellent relations. The central government [in Iraq] is responsible to stamp out these terrorist measures."