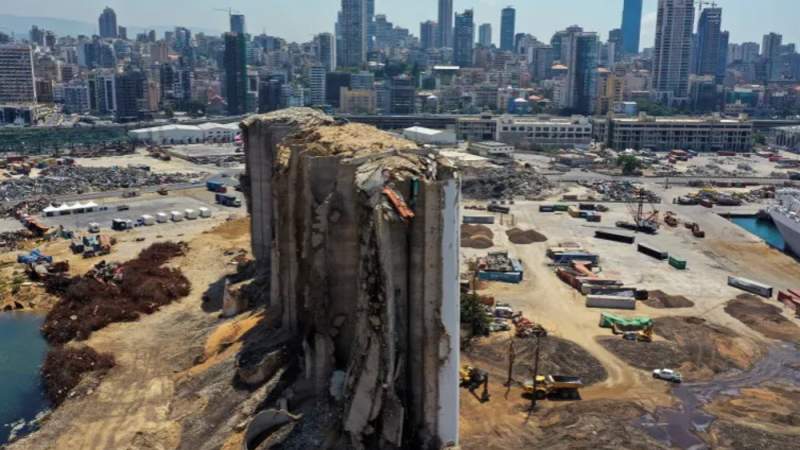 Bitar reopened the case on Monday before charging Prosecutor General Ghassan Oueidat and seven other ranking personalities with, what he has called, probable intent to murder, arson, and other crimes.

He has announced plans to summon more than a dozen senior officials for questioning next month.

They include ex-prime minister Hassan Diab and other former ministers as well as head of General Security, Abbas Ibrahim, and State Security agency chief Tony Saliba.

More than 200 people were killed and about 6,500 others wounded in the explosion at Beirut’s port, when a huge stockpile of ammonium nitrate, which had been stored unsafely at the port for years, detonated.

The August 2020 blast left Lebanon’s economy -- which was already reeling from multiple crises, including the breakdown of its banking system, spiraling inflation, and the coronavirus pandemic -- in tatters.

The probe was suspended in November 2021 after two former ministers facing charges lodged a legal complaint against Bitar.

It was the third time that Bitar was being made to suspend his probe in the face of lawsuits filed by former ministers suspected of negligence over the explosion.

He faces more than a dozen lawsuits filed by officials questioning his impartiality.

Lebanese state institutions have been likewise withholding thorough cooperation with his probe, some accusing him of trying to politicize the case.

On Tuesday, the country's prosecution service rejected the resumption of the probe, with Oueidat saying, "We were only informed of Bitar's decision [to reopen the case] through the media," AFP reported.

Amid continued accusations against him of political bias, Bitar met last week with two French magistrates, who had come to Beirut as part of Paris' own investigation into the explosion that reportedly killed and injured French nationals.
Source: Press TV